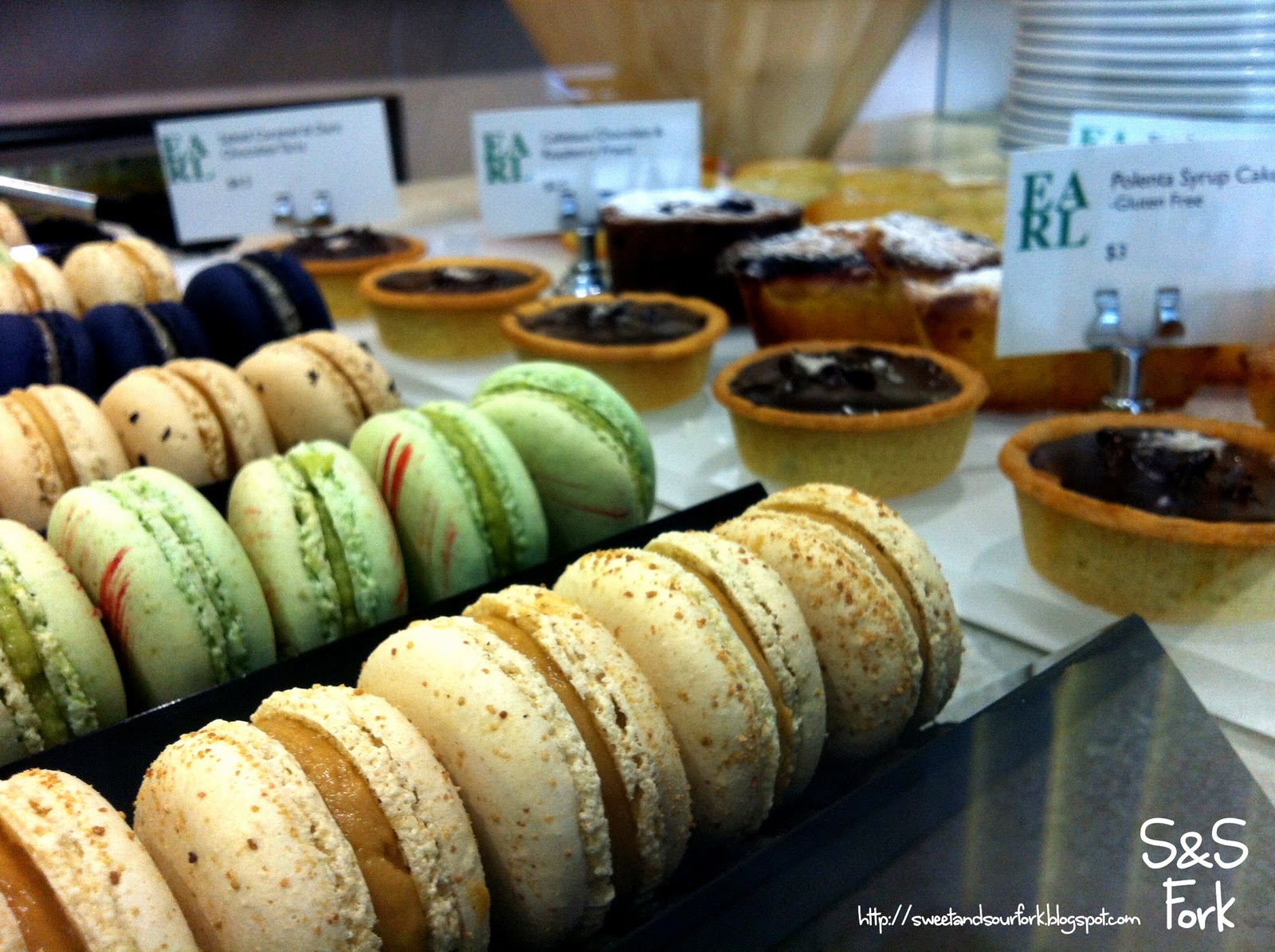 500 Bourke Street (enter via Lt Bourke)
Melbourne, VIC 3000
earlcanteen.com.au
The sandwich is a pretty nifty invention. A hugely versatile food item, it can be filled with practically anything the sandwich-maker chooses. I remember as a kid, I was exceedingly fond of Vegemite and Potato Chips Sandwiches. But here at EARL Canteen, their sandwiches are just a cut above the bizarre creations of an eight year old. Dedicated to sourcing local, ethical, sustainable and seasonal ingredients, their claim to restaurant quality sandwiches is justified.
Naturally, given all I’ve said above about EARL, and the fact that it’s small and hidden away, it will inevitably be hijacked by throngs of office workers during the lunch hour.
For those in a rush, EARL displays pre-made sandwiches and salads in a cabinet to take back to your desk. Despite being roughly the same price as the ones most cafes, these lunches are anything but ordinary. You won’t find Caesar salads and Egg sandwiches here. Instead, you’ll find ingredients such as chunks of smoked salmon, quinoa, and prosciutto.

Luckily, K and I weren’t in a rush, so we were able to sit down and indulge in some of the made-to-order sandwiches. K got the infamous Pork Belly Sandwich ($13.5), otherwise known as ‘the sex sandwich’. I’ve had this a long time back, and it’s just the same as I vaguely remember it to be. Resplendent with blistered crackling, the rich meat balanced out by the clean coleslaw and apple slices, and just a bit hard to eat thanks to the excellent but large baguette that’s chewy enough to put bubble gum to shame. A good sandwich without being mind-blowing.

We were both intrigued by the Chicken and Chips ($13) sandwich, which beckoned us with candied bacon and potato crisps. The creamy chicken lay on a bed of sweet mashed peas, but the potato chips made this sandwich absurdly crunchy in the best way possible. There weren’t many bacon dices in my half of the sandwich, so K gave me a bit of his. It unfortunately wasn’t sweet at all, which broke my heart a little. But that little blunder aside, I actually quite enjoyed this sandwich. I will probably be lynched by furious bloggers everywhere for saying this but, I’d take this sandwich over the pork belly one any day.

We were both quite full by then, but not too full for dessert. Despite there being polenta syrup cakes and dark chocolate tarts, there was no way we were missing out on the macarons ($2.5 each)

Out of the four flavours of the day, we picked salted caramel and pistachio and raspberry. Both were incredibly delicious with a light but chewy exterior and a well-flavoured ganache, but they were also incredibly, incredibly small.

I’m not sure how sold I am on EARL. I like the concept of gourmet sandwiches and I LOVE their macarons, but the actual sandwiches have fallen short of my expectations both times I went. I wanted to like EARL, I really did, but I think I’ll be getting my sandwiches from Waffle On in the future. 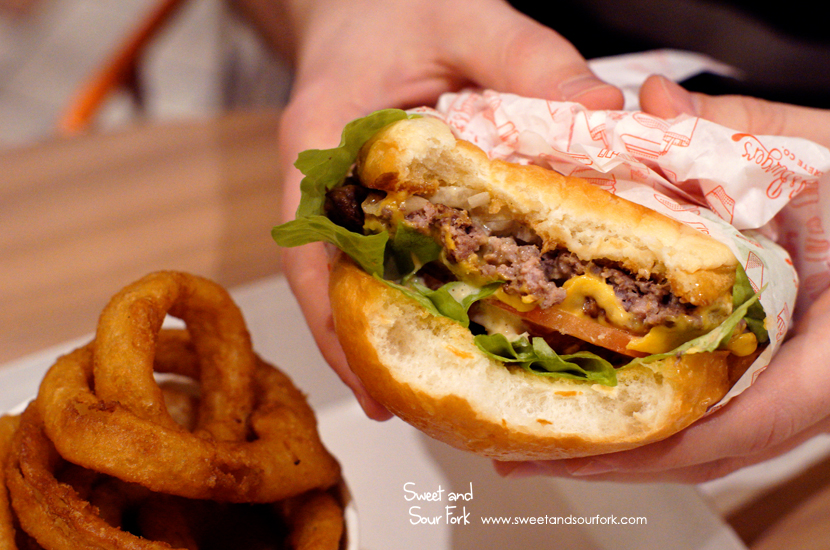 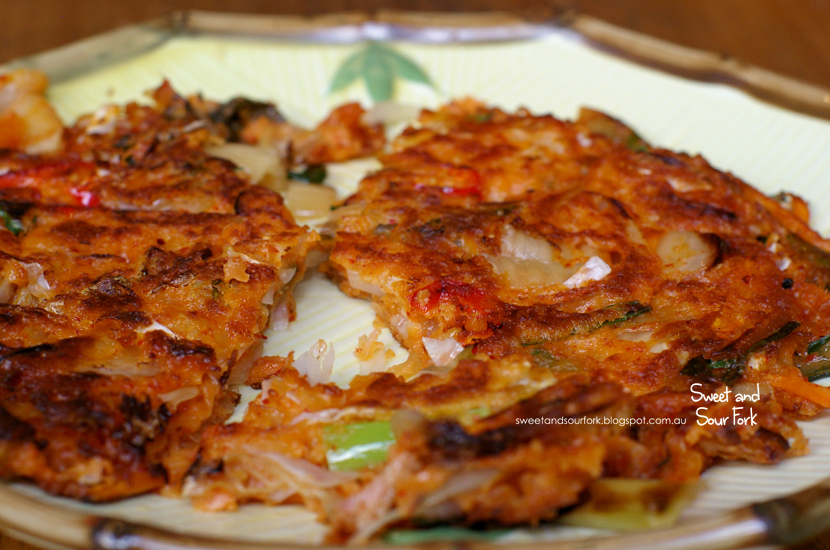 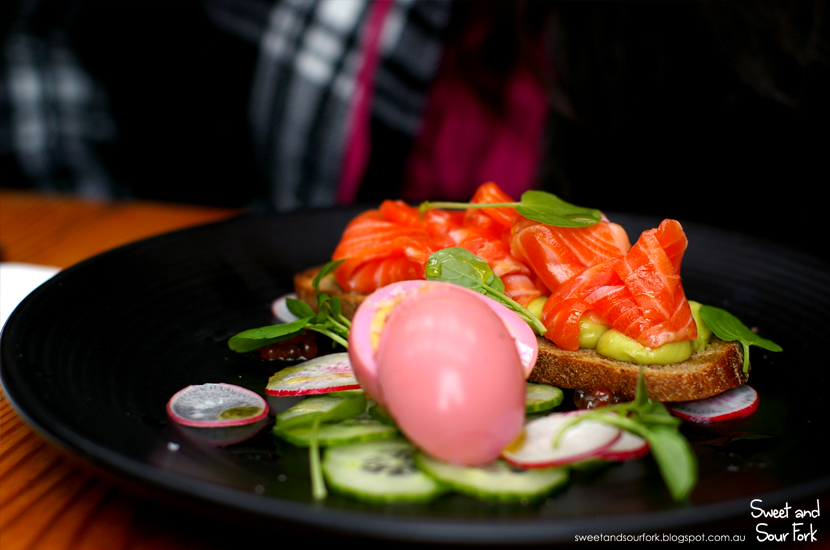