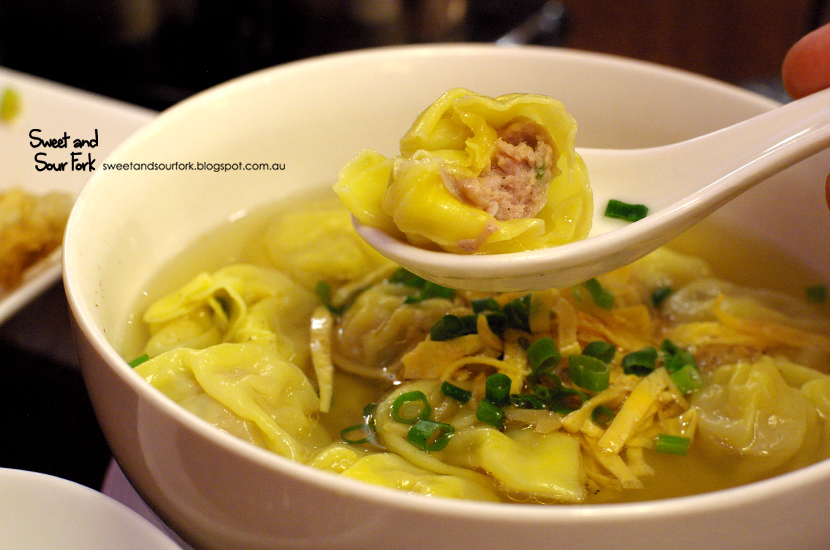 Excuse me as I interrupt your usual Ming-written programme with a guest post from Chris! I’m back for another round whilst Ming does a 9am-7pm work week. She’ll be back shortly!

Sometimes it feels like, for all the Chinese food Ming and I eat, we very rarely go to Chinatown. I suppose given any random Chinatown restaurant, it’s hard to know if you’re in for some authentic Chinese food or just some Western-pandering Beef in Black Bean Sauce. However, on recommendation from a friend of Ming’s, tonight we once again made our way into that small, brightly lit street to try out Juicy Bao. Juicy Bao looks more or less like your typical Chinatown restaurant, if somewhat less extravagant than some others (and certainly cleaner than yet others too), but we had high hopes as we sat down and ordered from their no-surprises menu. Ming was very eager to try their Pork & Prawn Wonton Soup ($9.8, 15pcs), and having normally eschewed wontons in favour of dumplings myself, I was happy to concur. After clumsily dropping one of these meaty parcels onto the floor, I fished another out of the light chicken broth, and thankfully this one was securely in my grasp. Despite the juicy flavour granted by the soup, these wontons unfortunately failed to impress, lacking somewhat in prawns – the pieces of prawn were simply spread out too much and too little to be majorly noticeable. This left Ming a bit disappointed, though personally I still enjoyed them.

My first bite of their Salt & Pepper Squid ($6.8) yielded a lovely hit of flavour, the salt and pepper plentiful though not overdone. However, when I eagerly started eating some more pieces, I was instead greeted with a much more restrained flavour. As it turns out, the flavouring in this dish was inconsistent, the aforementioned pattern repeating throughout the meal. That said, even when not bursting with flavour, I enjoyed the batter which was not too heavy like some others we’ve had, and the squid hidden inside which had a good level of chewiness. All in all, I liked the dish, I just wish it had been more consistent! One of these days, I’ll remember Zha Jiang Mian ($9.8) by its actual name – but until then, I’ll simply get by on “oh, that really slippery noodle dish with the pork and cucumber on top”. I’ll admit upfront that the slipperiness of these noodles has always bothered me a little; my white-boy chopstick skills can only handle so much! But I digress – these savoury noodles, heaped generously in the bowl, became a tasty, chewy mix with the morsels of minced pork. It also made for a tasty lunch the next day, thanks to our slight over-ordering.

Perhaps Juicy Bao didn’t quite live up to our expectations, but to be perfectly honest, I would happily eat there again and try some of their dumplings and rice dishes. It doesn’t really exceed the other good restaurants in Chinatown, but it’s on par with price, so you won’t feel short-changed spending your money here either.

Rating: 12/20
This rating reflects my (Chris’) personal experience at the time of visit. 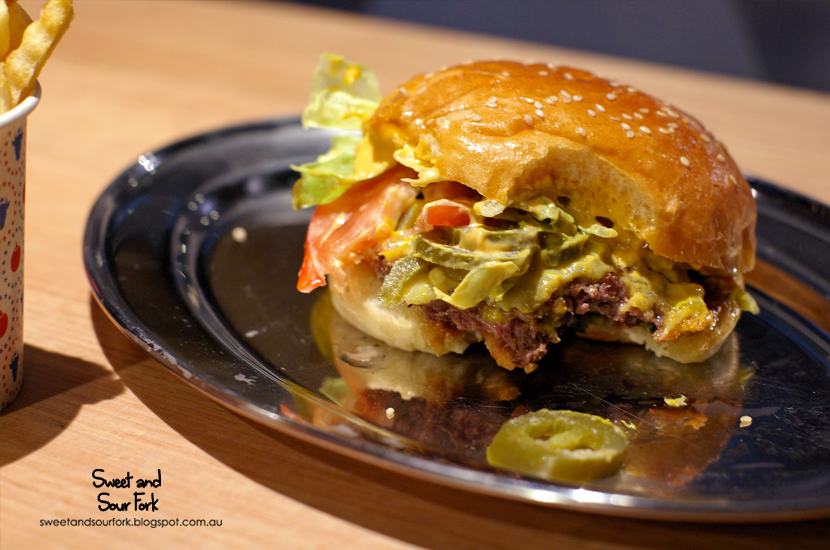 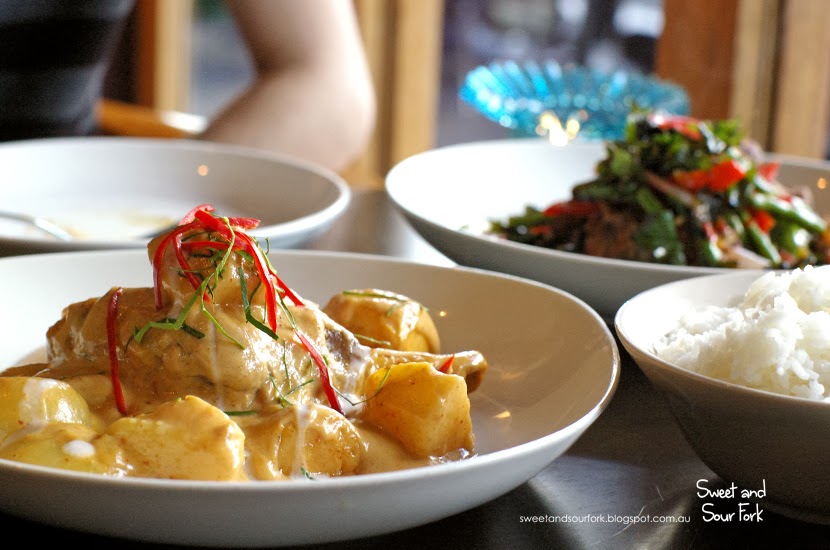 The Piano Restaurant and Bar