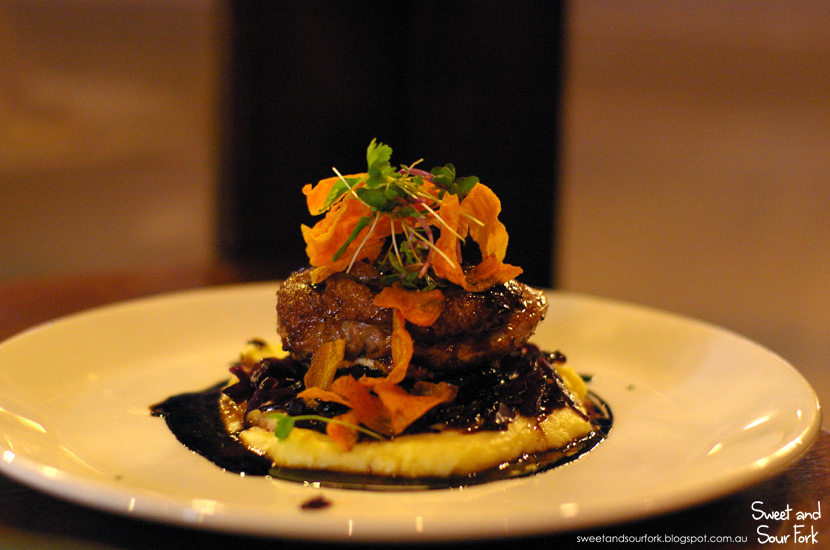 87 Kingsway
Glen Waverley, VIC 3150
mochajos.com.au
1000 Days. That’s how long Chris and I have been together. Our relationship is almost old enough to go to childcare, to sleep by itself at night, and I’m pretty sure it’d be completely toilet trained by now. It’s been a crazy ride, with both of us messing up more times than we can count (Chris more so than me, I swear), yet somehow we ended up here, still finishing each other’s sentences and each other’s food. But thanks to stupid, stupid placements, not only are my funds drastically cut, but so are my eating out opportunities. In the beginning, I had wanted to return to MoVida Aqui for a long dinner, and the only feasible night for that was last Sunday, except Movida happened to be closed on Sundays. So we planned on going to Merrywell for burgers instead, which would’ve worked swimmingly if I hadn’t become literally nauseatingly unwell the night before, and beef became the last thing on my mind. We ended up just having a cosy, low-key dinner in my area at Mocha Jo’s, an inexplicably popular cafe in the heart of Glen Waverley. When I say inexplicably, I don’t mean that Mocha Jo’s is lacking in charm. I just never would’ve expected a cafe serving, well, cafe food, at getting-a-bit-steep prices to both survive and thrive in the Asian cheap eats cornucopia that is Glen Waverley. But when I showed up at 6pm on a Monday night asking for a table for two, all of the good seats were already reserved. Maybe variety is the key to their success.
It was one of my proudest moments where Chris made the choice of Duck Breast ($29.5) over butter chicken. For the price I was really expecting the portion to be larger; after all, this is a cafe, not fine dining. Surprisingly enough, the duck was actually young and tender, still perfectly pink in the center. However the gentle flavours of the bird were overshadowed by the juicy feta-stuffed mushroom, caramelised plum jus, and the buttery parsnip. The dish had a lot of good elements, but they were so disparaging together that I would’ve preferred just a bowl of the earthy parsnip puree on its own.
The Calamari Salad ($18.9) sounded good on paper, combining calamari with all of my favourite things, such as chorizo, white beans, and haloumi cheese. The chunky pieces of grilled calamari was probably the most delicious rendition I’ve had to date, rubbed with a spice mix and lightly grilled until it was meltingly tender with just a little bit of bite. Unfortunately everything else fell flat, especially the lukewarm slice of haloumi perched on top that seemed more like an after-thought than part of the dish. Ridiculously good calamari aside, this salad looked and tasted like something I would whip up at home for a quick lunch.
Mocha Jo’s was disappointing, there’s no other way to put it. The food was mediocre at best, and frankly you’d probably get a better meal (and a better deal) closing your eyes and walking into any of other restaurants on Kingsway. But there’s something to be said about the boppy, fun vibe that Mocha Jo’s oozes by the spadeful. It’s probably the best place on Kingsway to be, if you’re not fussed about the food.
Rating: 11.5/20 – ambience. Because Mocha Jo’s was so ho-hum and disappointing, I didn’t want to risk getting dessert there. Instead we moved a few doors down Kingsway to Caffe Moretti, a place I’ve visited on multiple occasions with friends for their delectable range of cakes and sweets. I had a god-awful time trying to decide which of the cakes to try. I wanted something light and refreshing whilst Chris chanted Mars Bar Cake, Mars Bar Cake into my ear. I’m pretty sure I gave the wait staff an unreasonably difficult time by forcing them to try and describe the different kinds of cheesecake to me. So if you’re reading this, I’m sorry, and you guys were really helpful. Eventually, despite my general dislike of honeycomb, the Honeycomb Cheesecake ($8.5) won out, simply because it sounded more interesting than chocolate, and I hate anything berry. We may as well have gotten the chocolate one though, as the enormous slice of pastry had a generous streak of chocolate through the middle. It wasn’t too sweet, with a rich and crumbly chocolate base, and we easily demolished the entire piece.
Because I had no cash on me, and the EFTPOS minimum was $10, we grabbed a miniature Lemon Curd ($2) to enjoy along with our cake. I am so glad we did because this was perfect. The curd was thick and cold, highlighting the sharp acidity of the lemon, and the tart shell struck a harmonious balance of crumbly and buttery. It was a perfectly little mouthful that they should make as a full-sized cake.
Rating: 14/20 – giant lemon curd please. 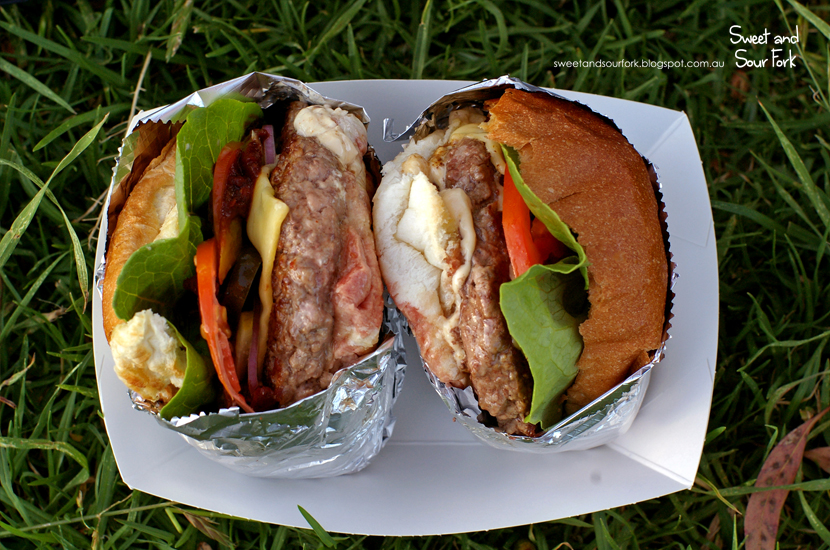 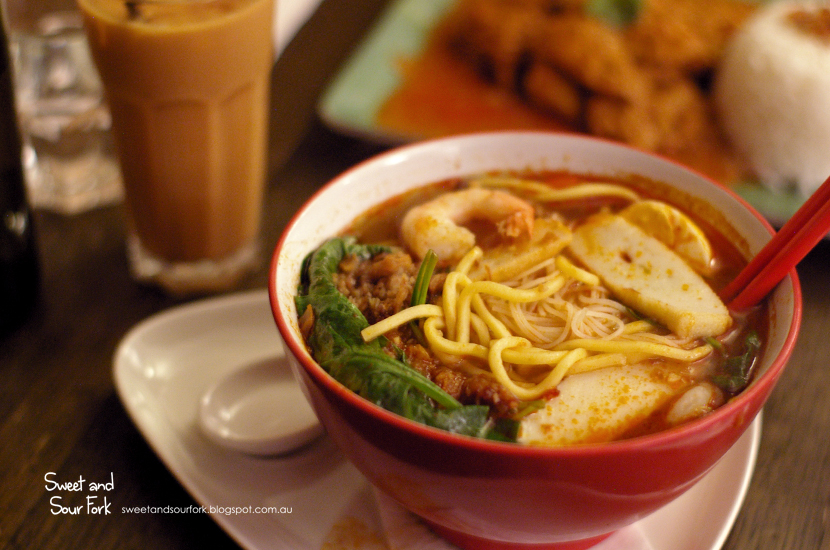 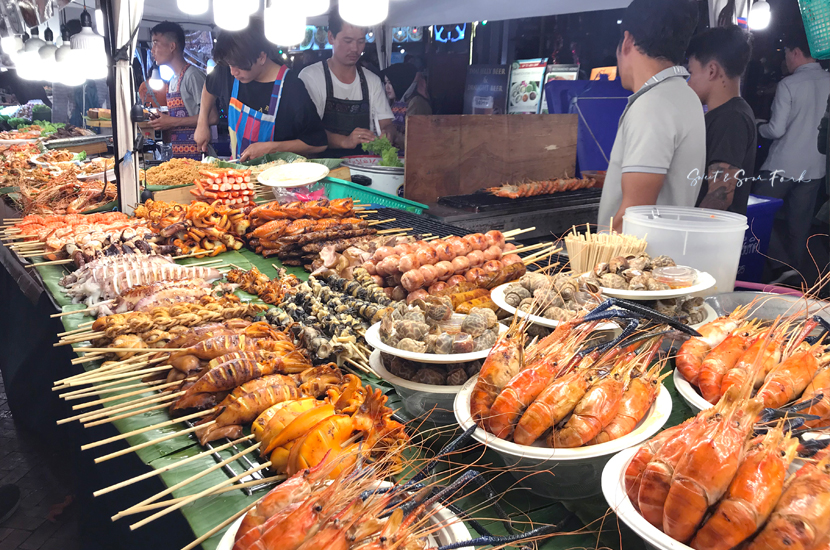