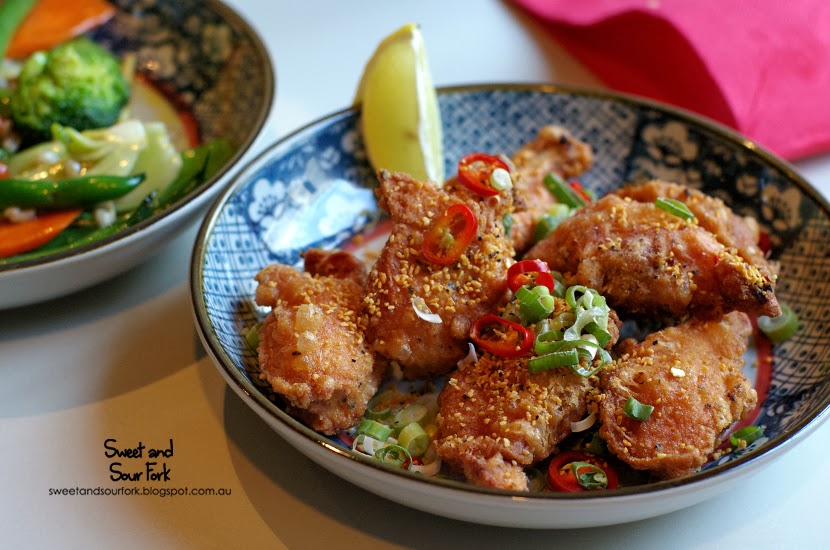 455 Chapel St
South Yarra, VIC 3141
http://www.orientalteahouse.com.au/
How do you celebrate Chinese New Year? Asian or not, the tradition of Chinese New Year, or to be politically correct, Lunar New Year, is catching on. Even if you don’t celebrate the holiday, there’s always enjoyment to be gotten out of street festivals, lion dances, and Chinese food. Coming from a traditional mainland Chinese family however, Chinese New Year means one thing to me – dumplings (and red pockets full of money, but I’m a little too old for that now). Appropriately enough, this Chinese New Year coincided with an invite from Oriental Teahouse, so with my tummy still full of dumplings from New Years Eve dinner and New Years Day breakfast, I headed to Oriental Teahouse the same night for a dinner of more – you guessed it – dumplings. As most people probably know, Oriental Teahouse is a combination of gourmet tea shop and new-age yum cha. It is definitely feels a lot more westernised – you order from a menu instead of picking your dishes off the trolley, and the forks are already on the table. The interior is a lovely, soothing mix of a teahouse and a cafe.
It was a hot day, but Oriental Teahouse had us covered. Aside from brewed pots of tea, they also had a fully stocked bar, as well as some ‘pot-tails’ – cocktails served cheekily in a teapot. We ended up with just a glass each of Iced Tea; I had the Peach Melba ($4.5), a sweet, velvety treat that tasted like dessert in a glass, and Chris had the Lemon Iced ($4.5), which was refreshingly tangy with a faint aftertaste of smoky black tea. Neither of them tasted much like tea, but both were delicious.
When I heard Cheese and Bacon Spring Rolls ($6.8, 3pcs), I expected the aftermath of a party in my mouth. But for once, this is a case of precarious fusion gone right. Wrapped in translucent casing that crackled like cellophane were stretchy mozzarella cheese, bacon cubes, and chopped veggies. It may have been a tad bewildering, but I have to say it was entirely enjoyable to feel like I was alternating between pizza and spring rolls with each bite. Seems like the key to fusion is moderation.
Next up were the Prawn Hash Browns ($8.8), which were really only hash browns in name and appearance. Biting into it, what we got were succulent prawns held by a soft batter – perfect for satisfying that prawn dumpling craving without the prawn dumplings.
I was already expecting the unexpected when we were told that the next dish was Chicken Dumplings with Quinoa Salad ($10.8), but the Chinese part of my brain broke when we were served an actual chicken dumpling salad. I was incredibly hesitant about this dish, but it turns out I seem to have a new addition to my lunch salads repertoire. The cushions of dumplings were given a refreshing lift by the garden salad, and whilst it was a bit oily, the ginger dressing added an impressive moreishness to the greens.
The Chilli Wagyu Dumplings ($8.8, 4pcs) were our least favourite dish of the night. I’m suspicious of beef in dumplings on the best of days, and these just didn’t hit the spot for me. To their credit, there was a decent kick to the chilli, but I found the entire dish to be a bit lacklustre in the flavour department.
Confucius Says, ‘Eat Your Veggies’ ($14.8), and who are we to argue with Confucius? Fresh and vibrant, this simple plate of stir-fried veggies was a great palate cleanser. There was everything from crisp sugar snap peas, glossy black fungus, and tender shoots of baby corn, tossed in a slick, savoury sauce with barley and goji berries.
Regardless of whether or not Confucius also said to eat our fried chicken, we ended our savoury dishes with indulgent China Fried Chicken Ribs($11.8). Chicken ribs are the epitome of the meat-on-a-bone experience – maximum meat and minimum bone. And these chicken ribs were thoroughly delicious, from the crunchy, cracked-pepper-coated exterior all the way to the succulent, piping hot interior.
‘Finally! An Asian dessert that’s actually dessert!’ Long since fed up with the endless loop of red bean, green tea, and black sesame, Chris embraced the Chinese Wonka Dumplings ($9.8, 3pcs) and Signature White Chocolate Dumplings ($7.8, 3pcs) with all his gut. These were simple yet tasty, the glutinous balls filled with chocolate from two ends of the spectrum, served with coconut peanut praline, and a deep fried sesame exterior respectively.
I have to admit, half the stuff on Oriental Teahouse’s menu I wouldn’t touch with a 10 foot pole if left to my own devices, but I was pleasantly surprised by this meal. If you want stock-standard yum cha, then stay away. But if you’re bored by, or a little too intimidated by all the chicken feet and the ladies pushing the trolleys shouting at you in Cantonese, then give Oriental Teahouse a go – you won’t be disappointed.
Rating: 14/20 – succulent chinese meal.
This rating reflects my personal experience at the time of visit.
Sweet and Sour Fork dined as a guest of Oriental Teahouse. 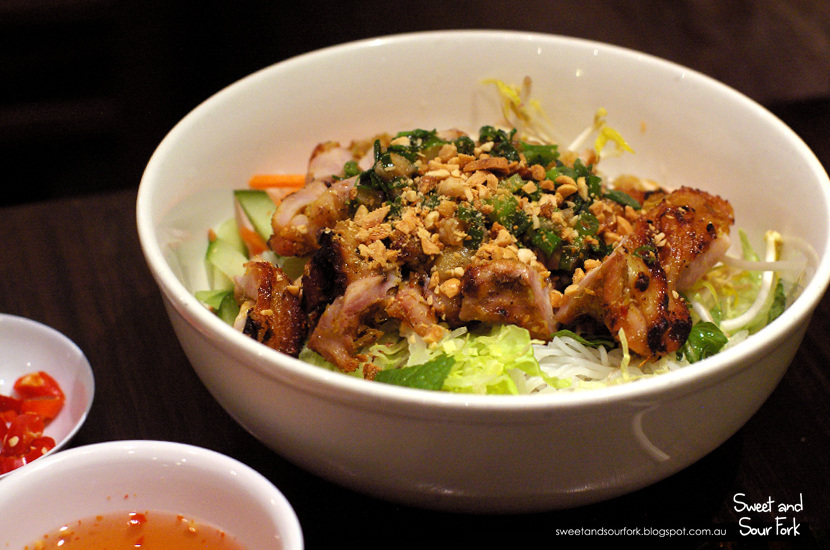 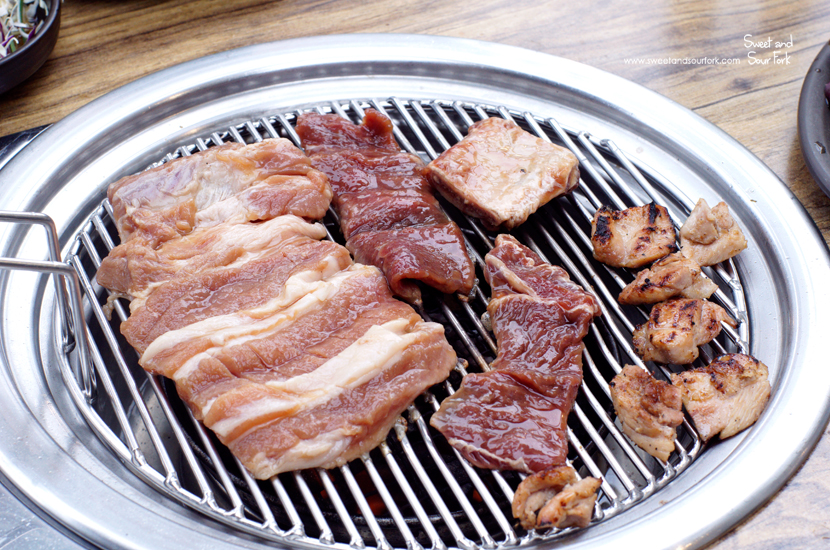