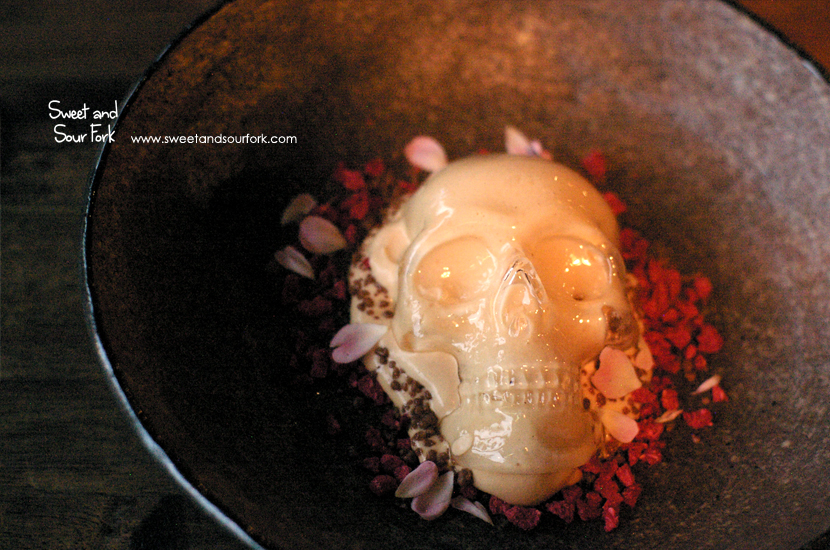 It’s the end of a long week, and you know what that calls for? Delicious tapas and cocktails at Pablo Honey. If we’re talking location, Pablo Honey has gotten the cream of the crop. Located across the intersection from Luna Park, any meal at this South American-influenced eatery is accompanied by the spectacular sight of The Esplanade lighting up as night falls. But that’s not to say there isn’t much to see in the restaurant; the decor here is one-of-a-kind. Cobbled together by The Cartel – aka what the 4 blokes running this place have dubbed themselves – in just a 4 week period, the restaurant features hypnotic tessellations of glittering skulls and hexagons at every turn. And the best bit? All the skulls are made by in-house talent, Jess Carpenter! Further to the back are some beautifully gritty yet luminous paintings, also done by a member of staff – Isabella Iskaf. And if you just can’t get enough of the decor, you can even buy the skulls and paintings to take home! I love everything about the Mojito, except the rum. The answer to my prayers came in the form of the Twisted Mojito ($18), which replaces the traditional white rum with vanilla vodka. Now purists will probably spit in this drink, but I adored the way the crisp combination of mint and apple was mellowed out by the undertone of floral vanilla. ‘Will refresh the driest of palates’ indeed! I had a majorly hard time trying to decide if I wanted a large share plate with an entree or two, or to forego the 500g rump cap to try a few more of the smaller plates. In the end I went with the smaller dishes because there was so much on the menu that I wanted to try, the first of which was the Green Tree Ant Cured Salmon ($18). Slices of plump, sashimi-grade salmon were layered with clusters of caviar and a refreshing scattering of pico de gallo. They draped luxuriously across shards of salt and vinegar taro chips, their tangy crunch bringing out the buttery richness of the fish. I couldn’t believe the Shaved Calamari Salad ($16.5) was an entree; it was piled up so high in the bowl that it could easily have been lunch for one. The tender strips of calamari were tossed in lemon balm, with the simple accompaniments of mixed leaves and a handful of toasted quinoa for crunch. I personally would’ve liked the lemon to be sharper and less sweet to give things a little more zest, but it was a very satisfying salad overall. I couldn’t have the slow roasted pork hock, as it was one of the large dishes, so I consoled myself with the Coffee BBQ Suckling Pig ($16). Unfortunately the pork wasn’t the tender, juicy meat I had hoped for; rather, it was almost jerky-like, shredding apart into dry strands. Still, it wasn’t the end of the world; having most of its moisture removed meant that the rich flavour of the pork developed slowly with a bit of chewing. Wrapped in a soft tortilla with a spoonful of salsa and earthy yet acidic coffee adobo sauce, it wasn’t half bad. The Smoked Chicken Wingettes ($15) on the other hand could’ve donated some of its moisture to the pork. Slathered in fiery red sauce and a handful of pico de gallo, I wouldn’t have recognised these for chicken wings at all if I hadn’t been the one doing the ordering. The mountain of wings (about a dozen or so) were small but flavoursome, the sharp, spicy sauce hiding a subtle smokiness. They were messy, addictive, and a perfect nibble to go with my mojito. Thank goodness it came with a finger bowl! I’ve had some good desserts in my time, but the Dulce de Leche Mousse ($13) gave the best of them a run for their money. The pale mousse was contained within an intricately crafted candy skull, wreathed with flower petals and freeze-dried berries. But this dessert is more than just a pretty face; we were instructed to give the skull a sharp crack with our spoons, shattering the toffee and making the brains mousse splatter in the most satisfying way. The resulting mess wasn’t pretty, but the sweet and milky mousse was sensuously creamy, mixing with fruity dabs of raspberry, hints of chocolate, and shards of teeth-destroying toffee. The final surprise came in the form of popping candy, and although I hate to be clichéd, each spoonful was a party in my mouth.

Pablo Honey may not be the most refined or groundbreaking place in Melbourne for South American-styled tapas, but there is more than enough variety and innovation on the menu to keep things interesting. It’s easy, fun food that I want to eat on a Friday afternoon, in a location that I want to be on a Friday afternoon. Top that with the amazing mousse, and that’s enough to sell Pablo Honey for me.

Rating: 13/20 – dish of the day.
This rating reflects my personal experience at the time of visit.
Sweet and Sour Fork dined as a guest of Pablo Honey. 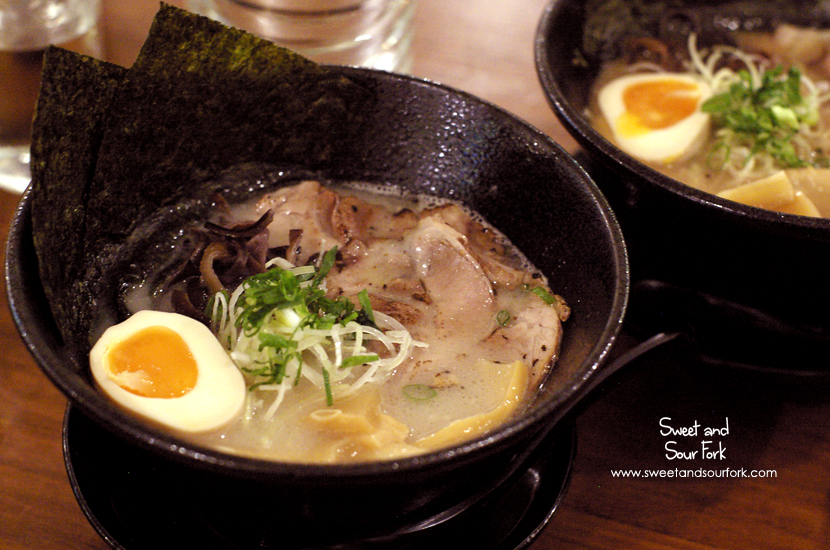 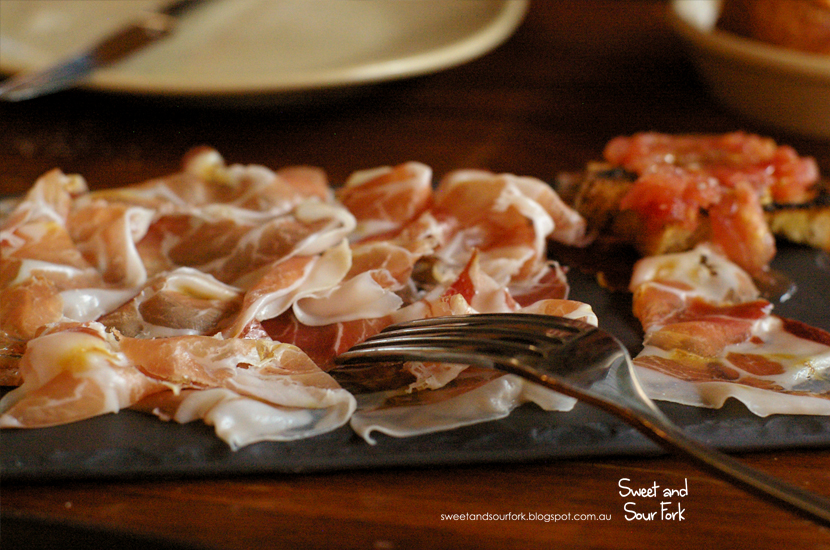 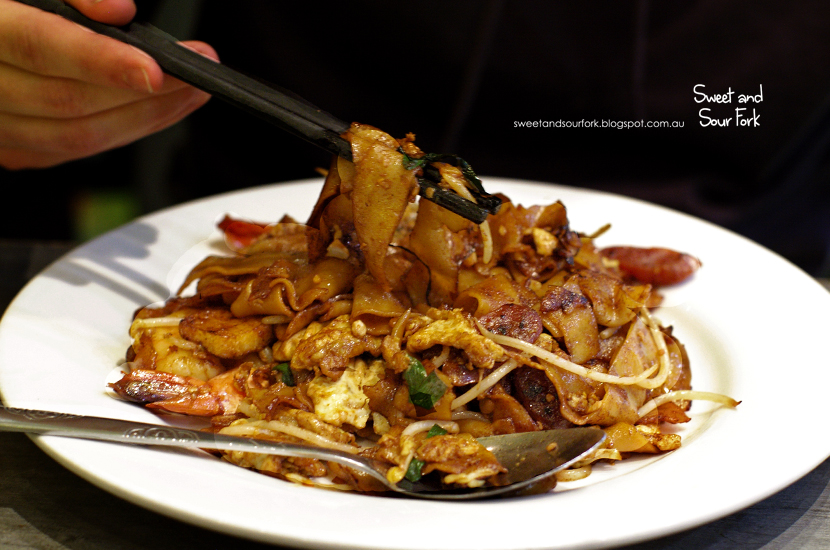