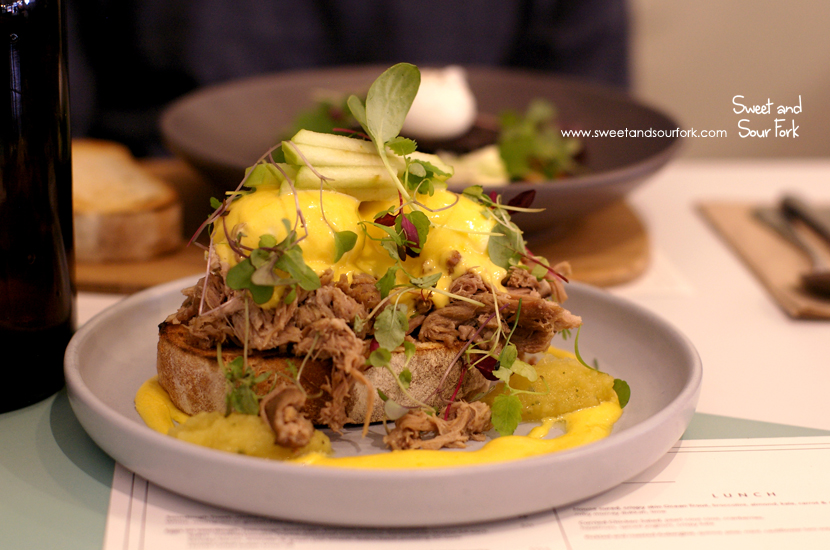 As much as I love a fancy hipster brunch, I have a very large soft spot inside me for the traditional breakfast fry-up. Mind you, it’s probably all the fat and salt talking, but sometimes it feels like there’s nothing else I’d rather eat. And for that reason, the idea of a British-styled breakfast has always had a pull on me; so imagine my excitement when I heard about Saint James, a new (and more importantly!) British-inspired cafe in Malvern. Like most cafes you find out in the suburbs, Saint James is very clearly a converted three-bedroom home. The result here is a sweet little cafe that’s full of light, even on the gloomiest of days. The open feel of the space was enhanced with garlands of ferns and bushels of flowers, festooning every available nook and surface. On warmer days, there’s also a quaint courtyard out back for lazing around with a coffee. As I had mentioned earlier, Saint James takes its influences primarily from Britain. But you’ll find no greasy fry-ups here; instead there are modern takes on sarnies, black pudding, and even a variation of bubble and squeak. The usual suspects are also there, but don’t expect them to be run-of-the-mill. Those with families will be glad to hear that Saint James even has an itty bitty dedicated kids menu, though parents will probably have a hard time keeping the kids away from the cake cabinet. The Skinny Flat White ($4) here is fantastic, and I’m not just saying that because it was my first coffee of the day. Smooth, rich, and nutty with well-frothed milk, this went down the hatch very quickly. The A Touch Of Passion ($7.5) juice spoke of lazy weekend brunches on warm days, with its combination of apple-orange with the more tropical and exotic passionfruit-pineapple. The most popular item currently on the menu is the Saint Benedict ($19.5), and it’s really not hard to see why. The thick slice of toasted sourdough was topped with a mound of tender pulled pork, two beautifully poached eggs, and creamy hollandaise sauce with just a hint of tanginess. It was a substantial and satisfying meal, the richness of which was tempered with sweet apple puree, and batons of crisp Granny Smith. I had major difficulty deciding between Rob’s Black Pudding ($19) and some amazing looking (and smelling) vanilla pikelets I walked past on my way in. In the end my savoury-tooth won out, and I have to admit I didn’t regret my decision at all. The dish had a base of curried beans bursting with spices, the fieriness tempered with dollops of ricotta, and the cool, herbal edge of salsa verde. The round of black pudding in the middle was the best I’ve had – rich, moist, and well-seasoned. Be sure to make use of the slice of toast on the side to mop the bowl clean!

Saint James may not serve up traditional British fare, but I was without a doubt impressed with their offerings regardless. Their quirky yet hearty dishes hit all the right notes, bolstered by wonderful coffee and a tempting dessert cabinet. I’ll definitely be back for the vanilla pikelets – mark my words.

Rating: 15/20 – patron saint of good brunch.
This rating reflects my personal experience at the time of visit.
Sweet and Sour Fork dined as a guest of Saint James. 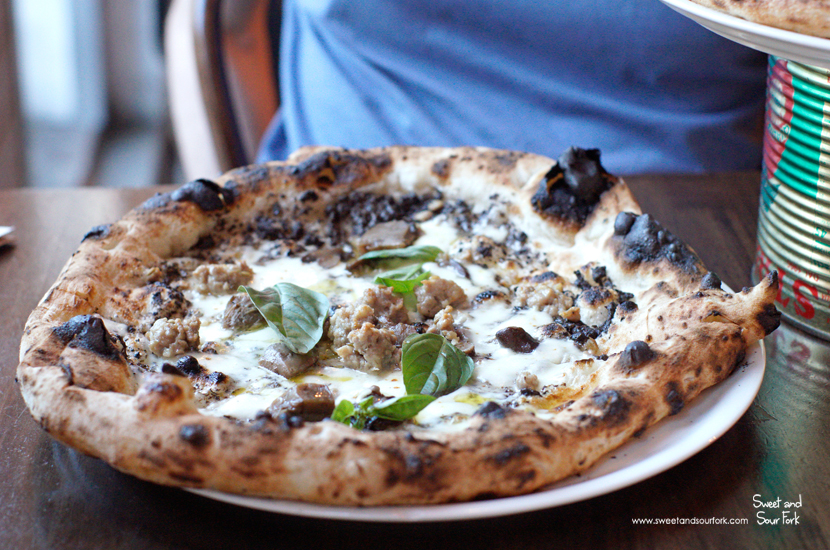 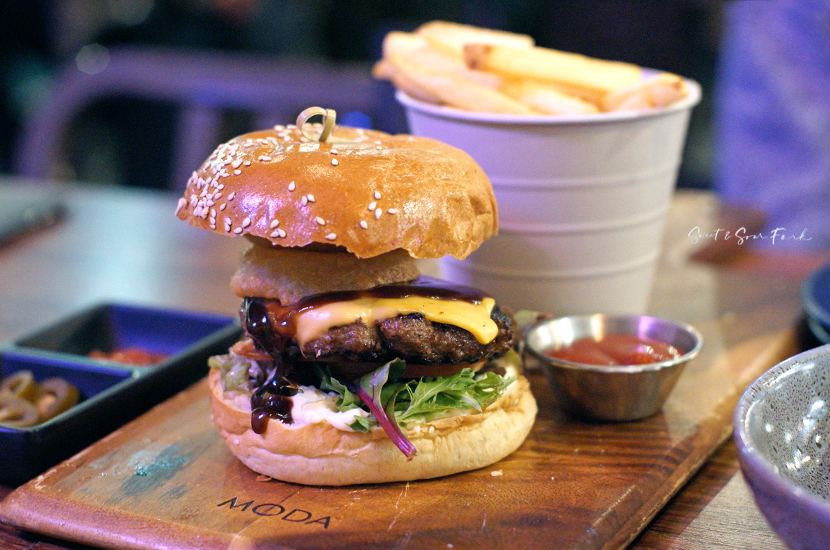