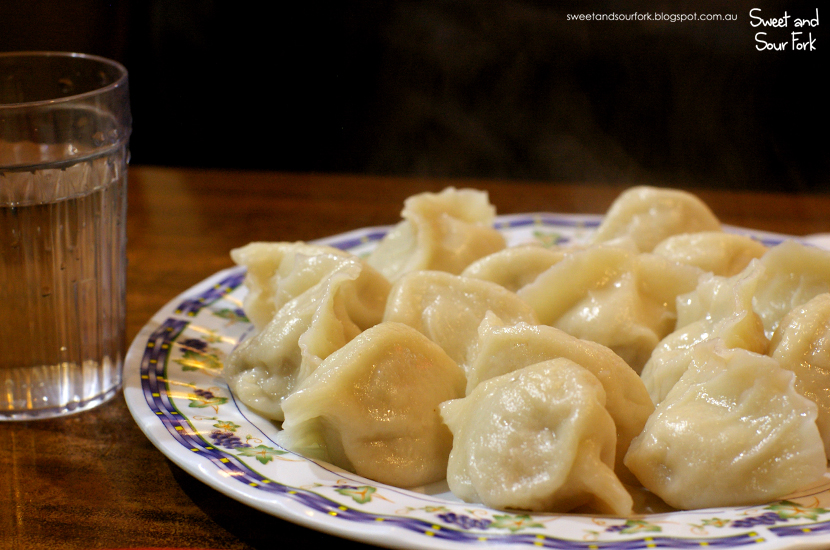 The CBD needs more good dumplings. To all you entrepreneur chefs out there, it’s probably the quickest and easier way to have city workers and bloggers trampling through your doors, and subsequently, their money bursting out of your wallet. And to prove my point, as soon as I read about the new-ish Shanghai Master Dumpling over on The Very Very Hungry Caterpillar, Chris and I swept all previous plans off the table and practically scrambled our way over there for an early dinner.
I was still full from lunch at Ito Japanese Noodle Cafe earlier that day, so I was really just keeping Chris company as he ate. We started off by sharing a plate of Steamed Chicken in Wine Sauce ($5.9), aka drunken chicken. There was a promisingly strong aroma of Shaoxing rice wine as the joint of chicken was placed onto the table, and overall it was good but not outstanding, with a stong alcoholic taste but a touch too much salt.
We always order the Homemade Steamed Peking Dumplings($8.3) or equivalent when checking out a new dumpling house, and this time was no exception. These arrived steaming from the steamer (who would’ve guessed), a bit smaller than I’m used to but by no means the smallest I’ve seen. These were once again pretty average. The flavours were authentic but nothing special, and there was none of the ubiquitous chilli oil on the table to give the somewhat bland dumplings a bit more flavour.
Overall, I think Shanghai Master Dumpling is alright for some lunchtime dumplings if you’re too far away from Shanghai Street Dumpling, but I wouldn’t go out of my way for the food here. The menu is also fairly small (by Chinese restaurant standards) with only 73 items, almost half of which are dumplings, wontons, buns and the like. I guess we sort of enjoyed it?
Rating: 12.5/20 – king street dumplings

It was still very early when we finished dinner, so I decided I needed some TGIF I don’t want to think about 3 weeks of placements with no pay starting next week drinks (yes I wrote this post a long time ago). Jan kept raving to me about how awesome Little Peninsula is, so we decided to go check it out. It was predictably quiet when we showed up just past 7, which is probably a good thing considering the bar could only seat about 30 people in total. And because it was Friday, we were free to try any of the cocktails on the menu for just $9 each (though a couple of them were $10). And if you think that isn’t awesome enough, they also have $25 cocktail jugs on Mondays, Wednesdays and Fridays, as well as $4 beer and wine and $10 Cocktail Jugs on Thursday nights. And let’s not forget the cheap pizzas and bar snacks to sop up all that alcohol. Who said the weekend couldn’t start early? So after spending ages (as usual) trying to decide on drinks, and awkwardly accidentally almost forgetting to pay, we carried our freshly mixed cocktails upstairs to the cosy little loft. I insisted that Chris tried the Toblerone ($9), which is nothing if not delicious, like a thick chocolate milkshake for grownups. I went in the opposite direction and had a tall glass of the sweet and light Fruit Jam ($9), spiked with lychee, passionfruit, and a healthy glug of vodka. We also discovered that I am the ultimate cheap drunk, reduced to giggling uncontrollably after downing my cocktail and half of Chris’.
Good times.
Rating: 15/20 – $10 cocktail jugs thursdays? TGIT! 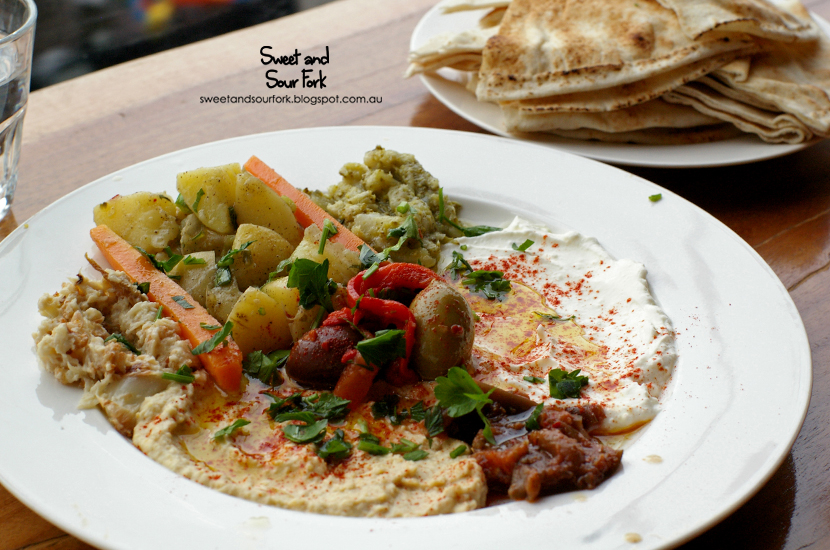 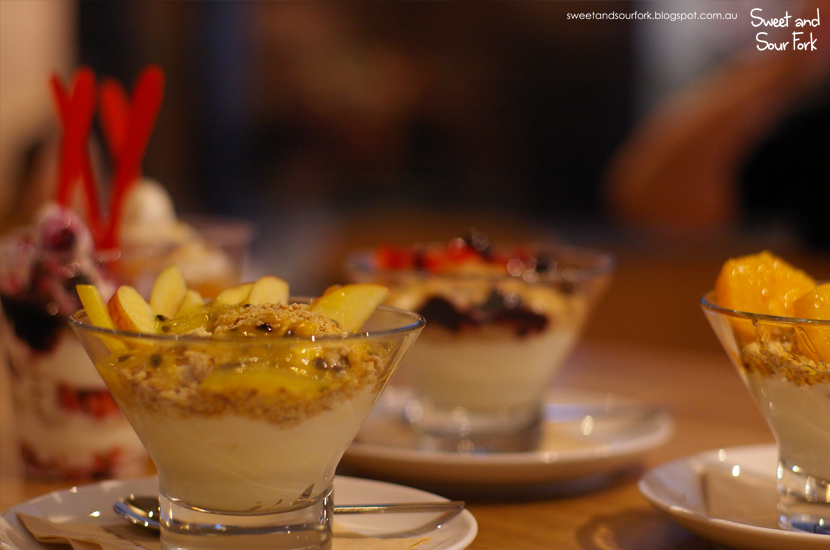 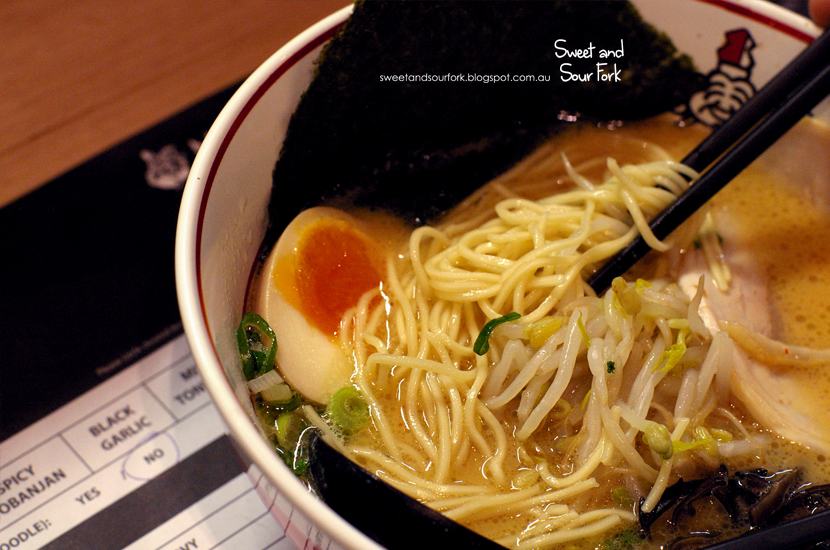