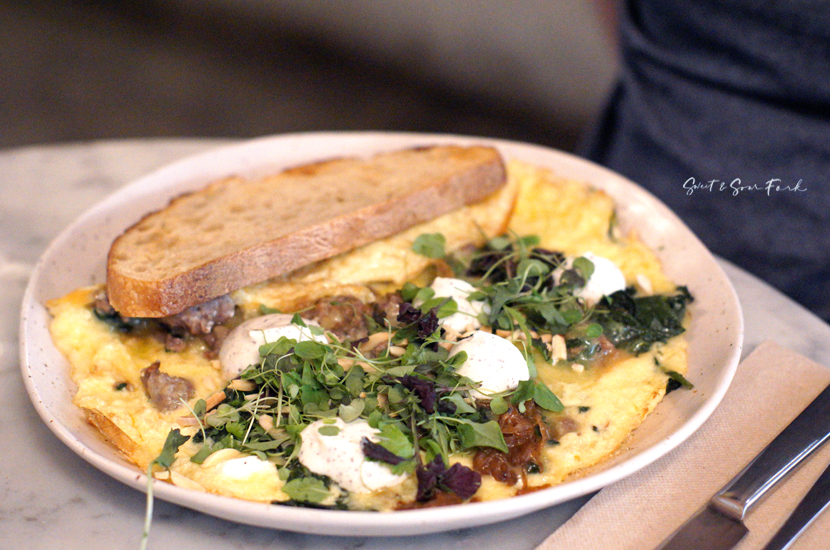 Back when I was an undergraduate pharmacy student, it felt as if I had endless time for brunching. Of course, it certainly helped that most of my nearest and dearest were also in uni at the time, as opposed to laden down with the adult responsibilities we apparently all have to keep up with until we die. Anyway, over the span of 4 years, I managed to check out pretty much all the popular cafes in Melbourne at the time. This time around however, things couldn’t be more different. Although I’m once again back at university full-time, I have even less time and energy than I had when I was working. As a result, brunch has pretty much become something saved exclusively for this time of year, when I’m freed (sort of, anyway) from the obligations of study. 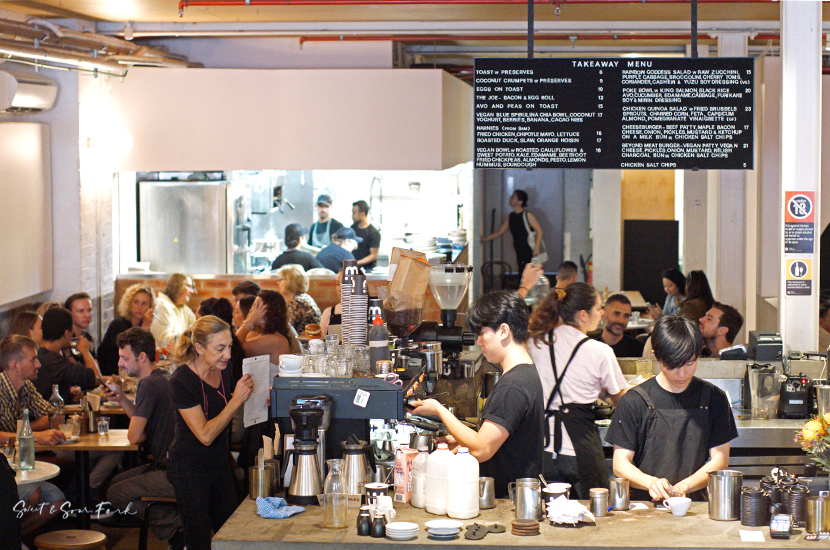 Given the ridiculously minimal time I now have for eggs benedict and pancakes, brunch has become something of a big deal in my books. I will now spend hours researching the café that I would like to try the most, as it will likely be one of the very few I try in a year, so ending up with a dud is a big no-no. After a lot of time debating the merits of one place over another, with many changes-of-mind to Chris’ chagrin, I finally settled on Three Williams, a longstanding brunch institution in Sydney that continues to receive positive reviews from diners and critics alike to this day. 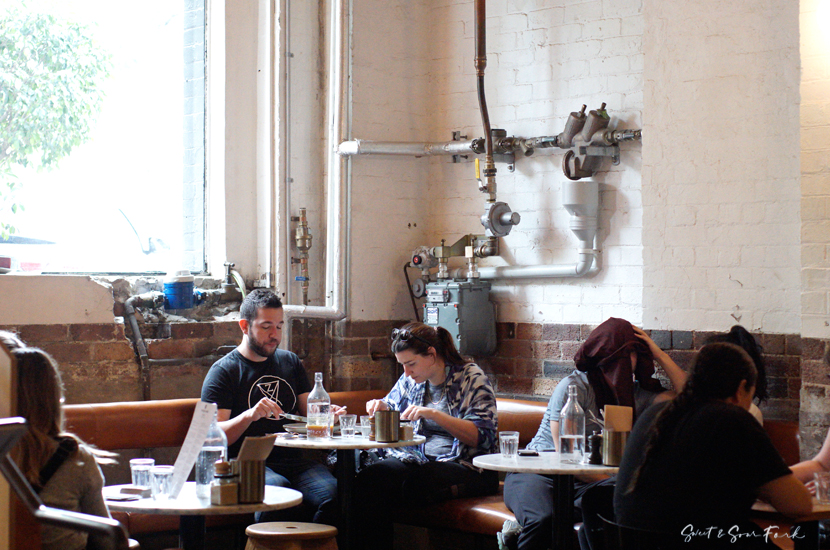 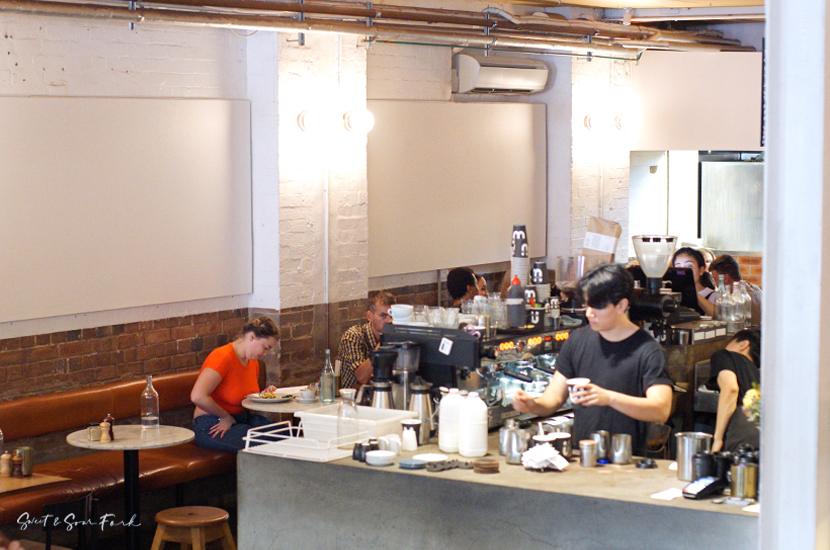 Hidden away in a low, non-descript building on a quiet residential street, the only natural light Three Williams receives is from the large windows at the front. Combined with its semi-underground setting, the ambience is rather stuffy, and a little claustrophobic. Yet despite those drawbacks, Three Williams appears to be a firm favourite. The long room was absolutely chockers on a Saturday morning, though thankfully we didn’t have to wait to be seated by the friendly staff. 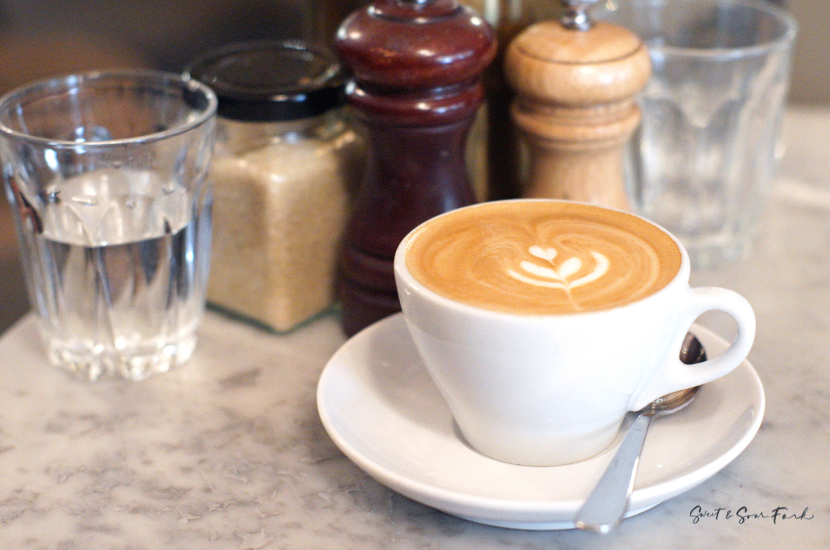 The day may have been warm and muggy, but that didn’t stop me from getting my usual Skinny Flat White ($4). This was decent but unremarkable, though that didn’t stop it from being welcome nonetheless. 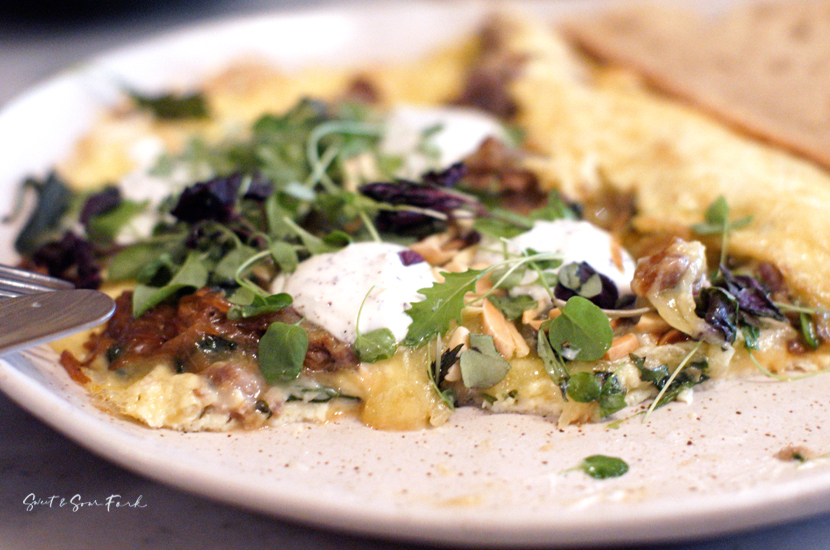 If you’re hungry, the Lamb Omelette ($22) is the way to go. Made with what seems like half a dozen eggs, this had everything you could possibly want – chunky lamb sausage, fragrant caramelised onion, toasted pine nuts, and dollops of sharp, sumac-flecked yoghurt to cut through the richness. But despite its size, it was perfectly cooked, the lightly browned base giving way to a centre of tender eggs and oozy melted cheese. It was more than enough to keep you going for the entire day, even without the addition of Sourdough Toast ($3). 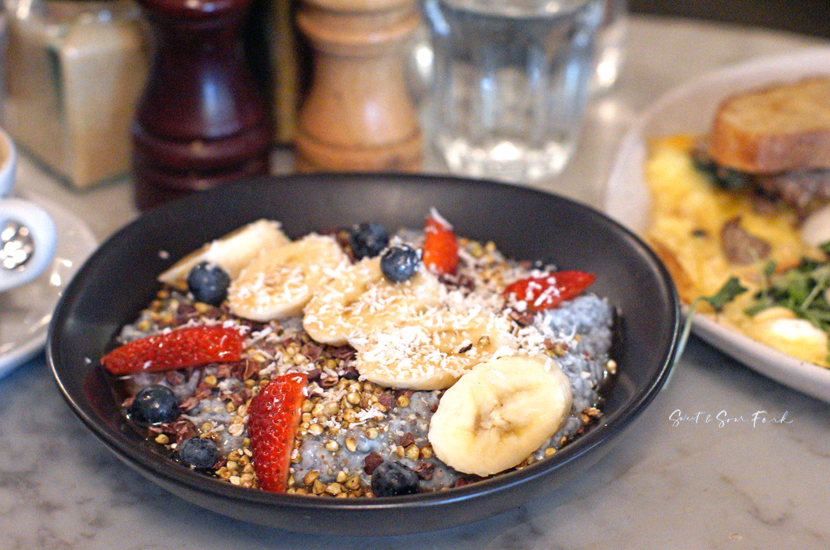 Feeling a little under the weather that day, I decided that one heavy dish for brunch was enough, and so forewent the enviable-sounding mango French toast for the very out-of-character order of a Vegan Chia Bowl ($18). I had the last laugh in the end though, because this was positively scrumptious. Instead of tasting like an overly virtuous bowl of health, the chia pudding was all kinds of sweet and creamy thanks to the coconut yoghurt, the sprinkling of cacao nibs and buckini giving it an addictive crunch as well as a bit more substance. Finished with fresh berries, bananas, and freeze-dried coconut, this dish made you feel good, but tasted even better.

Based on what I had seen of the menu, I hadn’t expected to like Three Williams nearly as much as I did. Although the food may not be quite as inventive as some other newer establishments around town, it nevertheless had enough flair to keep it interesting, and the execution was faultless. Supplemented by service that was friendly from beginning to end, Three Williams proves that just because a restaurant has been around for a while, it doesn’t mean it can’t still keep up with the best of them.

Rating: 15/20 – solid performer.
This rating reflects my personal experience at the time of visit. 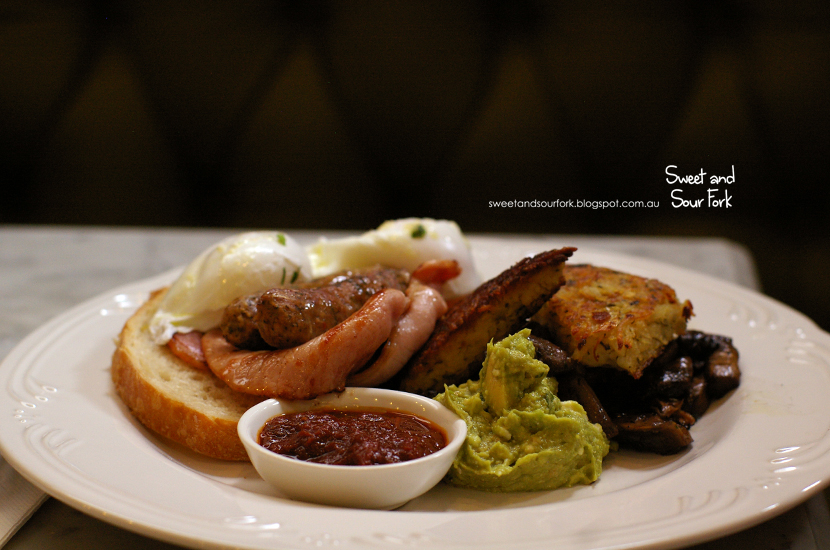 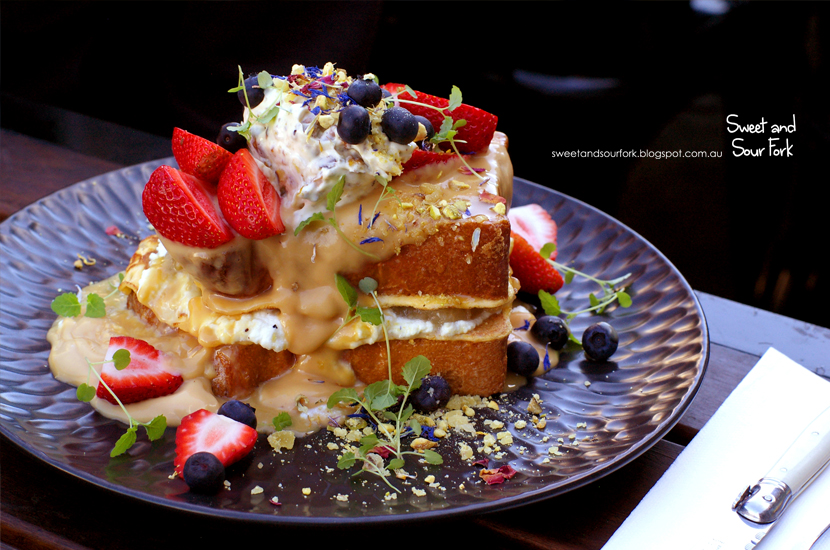 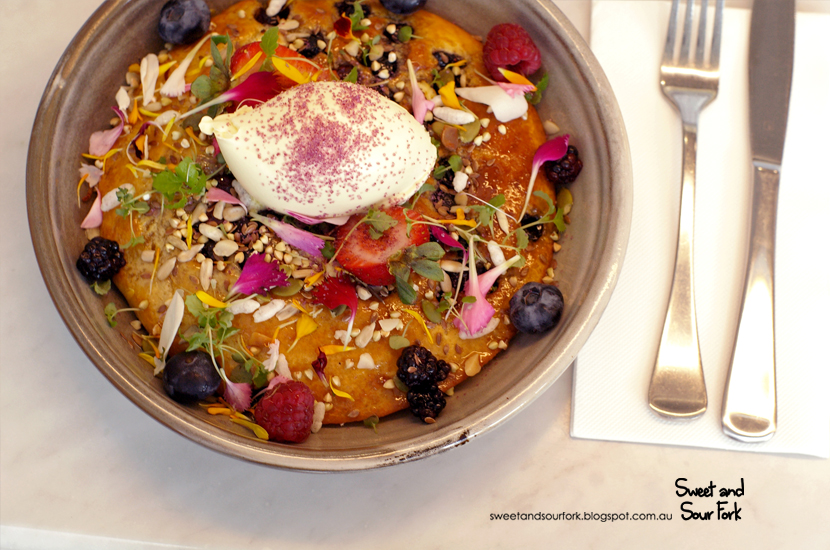