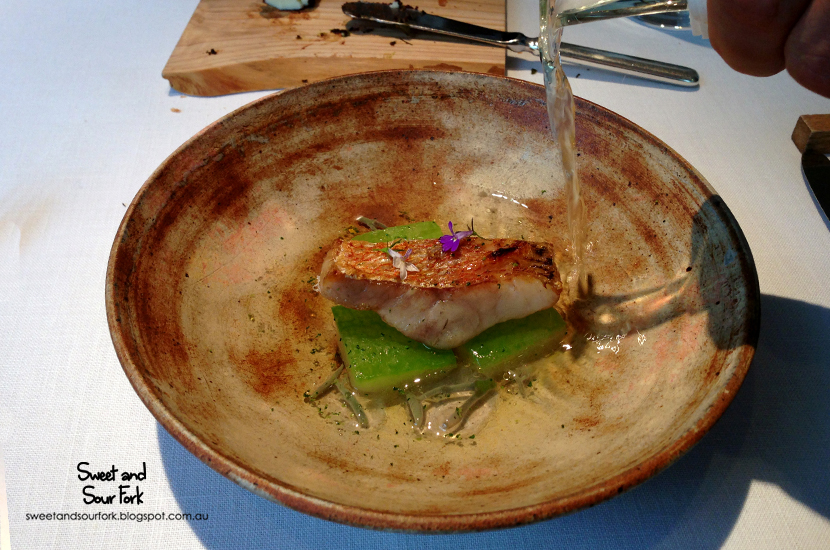 Anyone up for lunch and a show? For those of you who’ve been following me on Tumblr, you’ll know that I spent a couple of weeks in July eating my way around The Land Of The Rising Sun. And even though I had already spent over three grand on the holiday itself, I couldn’t pass up the opportunity to have just one ‘splurge’ meal; not when I’m in the country that holds the most Michelin stars in the world. So after extensive research, I settled on Narisawa, a 2-Michelin Star restaurant in Tokyo, placing at number 20 in the San Pellegrino’s Top 50 Restaurants In The World. Having booked months in advance (tables go fast, predictably), I was extremely excited when the big day rolled around, and subsequently ended up at the restaurant 15 minutes early. But like any good restaurant, they took my eagerness in stride, and soon I was seated in a deep leather chair, ready to begin my 11 Course Lunch Degustation (12000 yen/person) The food at Narisawa may be French Fusion, but the restaurant itself is undoubtedly Japanese. It shows itself in the modest decor, the restrained but attentive staff, and the menu itself, which was very much a reflection of nature and the changing seasons. When I visited it was the peak of summer in Japan, and the theme of the meal, Evolve with the Forest, gently but insistently drew attention to the beauty of the summer landscapes. The meal began with a marvellous display of bread being made right at the table. Instead of commercial bread churners and ovens, the dough rose with the aid of a candle flame, and was then scraped into a blistering hot stone pot, sprinkled with herbs, and left to sizzle in a nest of leaves and bracken. What resulted was a hot little egg with a crispy shell and a fluffy, delicate center. The pale butter, disguised cleverly as a moss-covered rock, added a subtle creaminess to the sweetly herbed bread. And because it would be a crime to let good butter go to waste, I slathered what was left of it on crusty wedges of sourdough, and a tough little round of green tea bread.
The first course was named Essence of the Forest and Satoyama Scenery. This dish made for a beautiful tableau of the understated, organic beauty of a summer forest. It was evoked by a simple display of Japanese herbs (raw and tempura) as leaves, fried some-sort-of-root (I know, very professional of me) to look like bark, and a mossy soil cleverly made with green tea and charcoal. A little cylinder of wood at the side contained a refreshing drop of spring water infused with oak. It was at this point at which I sorely wished that I had lugged my DSLR from home.
Oh and see that black thing on the black plate in the background? I didn’t realise it at the time, but it was the 2nd course – Sumi. Sumi is a signature technique used by the chef, Yoshihiro Narisawa, which involved deep frying in charcoal to form a delicate batter. And whilst i really liked the light and fluffy batter which left the sweetness of the onion petal intact, I didn’t find anything remarkable about this dish.
My third course, Okinawa, was a tribute to the southernmost prefecture of Japan. It comprised of a delicate sea snake soup, in which bobbed 2 cubes of crispy-skinned pork, and a yam dumpling. I got a little excited over this one and ate some before I remembered to take a photo, but it was justified, given the clear umami soup that balanced a faint brininess and an unctuous porkiness. I was especially enamoured with the yam dumpling, which was a fluffy yet slightly sticky mouthful that soaked up the soup wonderfully.
The next dish, ‘Gion Festival’ Eggplant was as beautiful as the geisha that grace the district. I was lucky enough to see some of the floats parading during the summer festival, and this did indeed reflect their elegance and the delicacy. However I found that this dish lacked substance. Whilst it was described to consist of eggplant cooked 2 ways, shiitake mushrooms, flowers, and tomato jelly, all I could really taste was soft pan-fried eggplant, sour jelly, and none of the umami the ingredient list promised.
Let me start by saying that ‘Ash 2007’ Scene of the Seashorewas a magnificent dish, definitely one of the best things I’ve eaten all year. A pearly piece of squid was placed in front of me, looking very naked all by itself on the large plate. This dish is meant to represent the fishermen charcoal-grilling their catch on the seashore, explained the waiter. I was confused; all I’m getting here is raw squid on a pier.
But one spoonful of the ash dressing and the entire scene came alive. All of a sudden I could see the endless ocean, glowing charcoal, and hungry workers after a long, hard day. The squid was tender yet retained just the right amount of bite, and the dressing – a simple affair of olive oil, lemon, and paprika – was invigorating, a beautiful backdrop to the freshness of the seafood.
The theatricality was continued with a clear broth of chicken, ham and pork, suspended in a glass bulb like a large golden droplet. It really does earn its name of Luxury Essence 2007.
The soup, having been cooked for over 6 hours, was smoky but gentle. It formed a delicate backdrop to the moist and flaky tilefish, fresh pieces of wintermelon, and the intriguing pieces of watergrass jelly that slipped and popped in the mouth. By this point in the meal, I had to surreptitiously loosen my belt by one buckle.

The spectacle of nature continued with the Langoustine, Odawara Bay, a bouquet of summer vegetables hiding a butterflied scampi. Having been cooked in three ways – steamed, grilled, and not at all – the vegetables were a lovely tango of textures, from fork-tender okra, to summery grilled yellow zucchini, wrapped up in fuzzy raw fronds of fennel. And don’t even get me started on the pearly crustaceans, its sweetness brought out by the savoury sauce and so very tender with just a little crunch.
The final savoury dish was the Free Range Pork, Kagoshima. The pork may look raw, but it has actually been slow-cooked through in olive oil at 60oC to retain all its moisture. It was a prime cut of meat well-cooked, and the buttery richness needed nothing else but a swish through the aged garlic sauce.
I was stuffed at this point, but luckily my dessert stomach came to the rescue when I was presented with the palate cleanser, Matcha. The simplicity of the name was reflected by the dessert, a simple affair of matcha panna cotta and matcha sauce layered in a martini glass, topped with Japanese jelly. It was the perfect in-between morsel, the bitter grassiness of the green tea sauce countered by the milky panna cotta, and the sweet little globes of jelly.
Then came the most magnificent dessert I’ve ever eaten, the Pina Colada. It was essentially the famous cocktail in dessert form, a hollowed out pineapple housing pieces of fresh pinapple, mango and passionfruit, coconut jelly, mango sorbet, and lime foam. It even came with a rim of cream and toasted coconut. And just in case that wasn’t luxurious enough, the pineapple was then drizzled with a shot of the creamiest pina colada, shaken and strained at the table. It was a meticulously thought out dessert, light but still indulgent after the long meal. But wait! There’s more! Just when I thought I couldn’t possibly eat another bite, the fabled dessert trolley was wheeled out, groaning under the weight of tropical fruits and a boggling range of petit fours. Maybe, just maybe, I could make a little more room.
Unfortunately my gluttony had a limit, so I chose only 5 pieces from the trolley – Blackberry Tart, Chocolate Cake, and three Maraconsin Coconut, Caramel, and 66% Cocoa. Each morsel was made to perfection, but I particularly enjoyed the salted caramel macaron, with the fluffy yet chewy shell, and oozy center. I was also offered tea/coffee, but I’d be kidding myself if I said I could fit it in.
Because I’ve been more than sufficiently verbose up until this point, I will end by simply saying that, whilst Narisawa doesn’t serve the most stunning food in terms of flavour (though there were a couple of outstanding dishes), I can easily understand how it earnt its 2 Michelin stars. It goes back to the roots, paying tribute to the lands and seasons for the produce that is reaped. It is one heck of an experience.
Rating: 16/20
13/08/2013
Fusion, International, Japan, Japanese, Mr. Moneybags ($50 Plus)
Previous Post Next Post 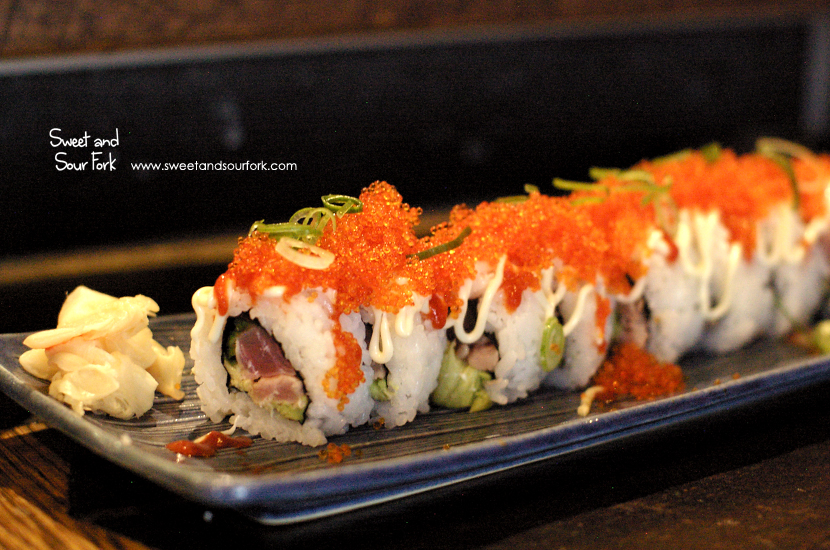 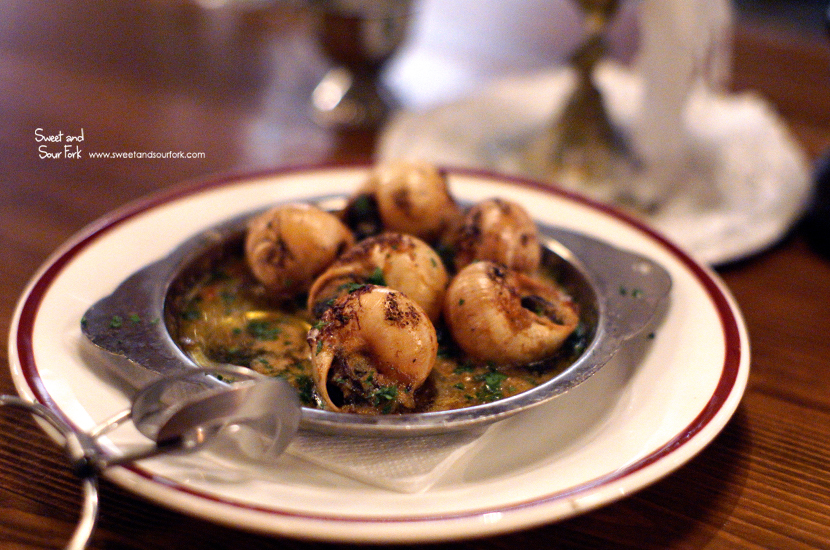 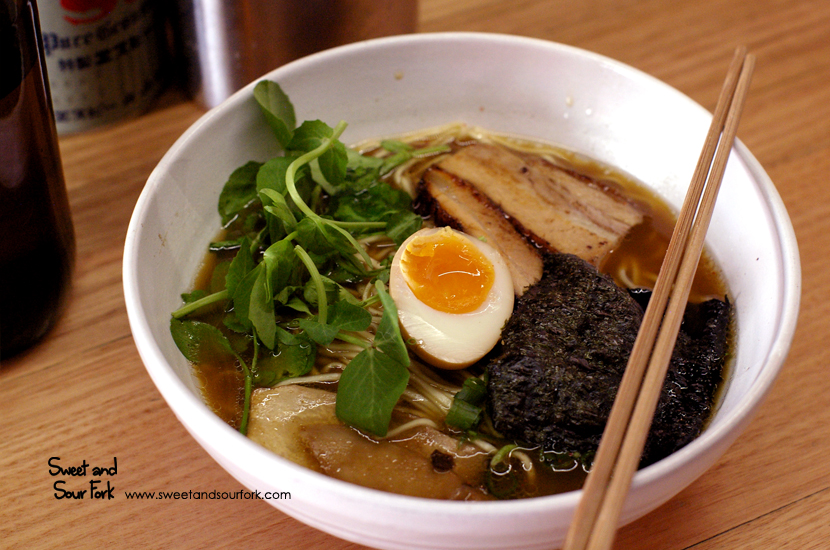