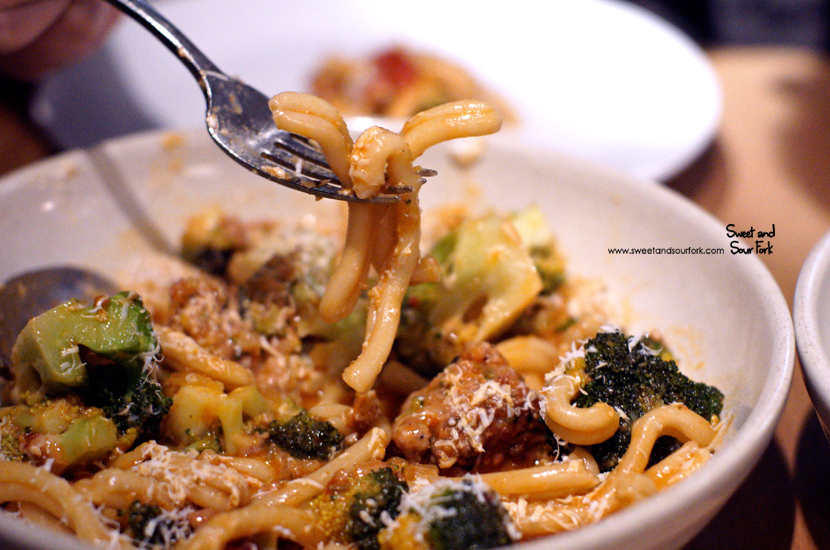 One of the suckiest things about being in Sydney is not having my sister around at all times. I’ve gotten rather used to her in the last 15-odd years, and I’ll admit it was rather jarring to not have her constantly in my hair all of a sudden. On the bright side however, during the times we do see each other (when one of us is on holiday), we manage to get some excellent quality time in – in this case, in pasta form. My sister loves good pasta more than any other food, and given that the only times she gets fancy restaurant pasta is when she’s with me, I spent weeks leading up to her visit agonising over where to take her. Eventually I settled on Bacco, which promised a modern and refined take on Italian food, and has a chef’s hat accompanied by a glowing review from The Good Food Guide to boot. Although a little on the formal fine-dining side of things, the vibe at Bacco was relatively low-key and relaxed. The service was friendly, though became rather prompt and a little scarce as the night wore on, and things got busier. I will never understand why complimentary bread isn’t a thing in Sydney, and seeing as we wanted to save room for dessert, we ended up diving straight into the pastas. The Strozzapreti, Pork and Fennel Sausage Ragu, Broccoli ($28) ticked all of my sister’s boxes on paper, but unfortunately left both of us a little disappointed. Because although yummy, this didn’t taste all that far off from a home-made dish. The sauce was an overly simplistic concoction of tomato and cheese, and the sausage and broccoli were simply present, as opposed to forming a cohesive whole and enhancing each other. And to top it off, although the pasta was home-made, it was just a tad undercooked, leaving a hint of doughiness in the mouth. Meanwhile, my dish of choice was the Rotolo of Pork Shoulder, Stinging Nettles ($28), which I’d never seen anywhere else. Unlike the strozzapreti however, this was actually somewhat overcooked, with slightly dry, burnt edges in places. Taste-wise, I enjoyed the heartiness of the pork shoulder, though it too lacked moisture at points – something that was not remedied by the sauce of stinging nettles, which was actually fairly bland. With the mains behind us, I was desperate for dessert to redeem this mediocre meal. Thankfully the Ricotta Panacotta, Espresso Caramel, Almonds ($11) delivered. Rich, creamy, and silky smooth, the panna cotta was complemented with a robust and aromatic espresso caramel, and the crunch of toasted almonds. Equally as impressive was the sliver of Lemon Tart, Burnt Meringue ($12). The lemon curd had a bright tartness to it that spoke of long, sunny days, and the pastry encasing it melted delightfully on the tongue with the cloud of meringue.

We walked out of Bacco relatively satisfied, though not entirely delighted. For a restaurant that was so lauded and well-reviewed, the food had been remarkably mediocre – dessert aside, of course. The part of this that really rubbed me the wrong way was that Tipo 00 in Melbourne has similar ratings (Tipo 00 was rated one point lower, actually) and comparable prices, yet it ran circles around Bacco with one hand tied behind its back. And so, the search for good pasta continues.

Rating: 12/20 – disappointingly mediocre.
This rating reflects my personal experience at the time of visit. 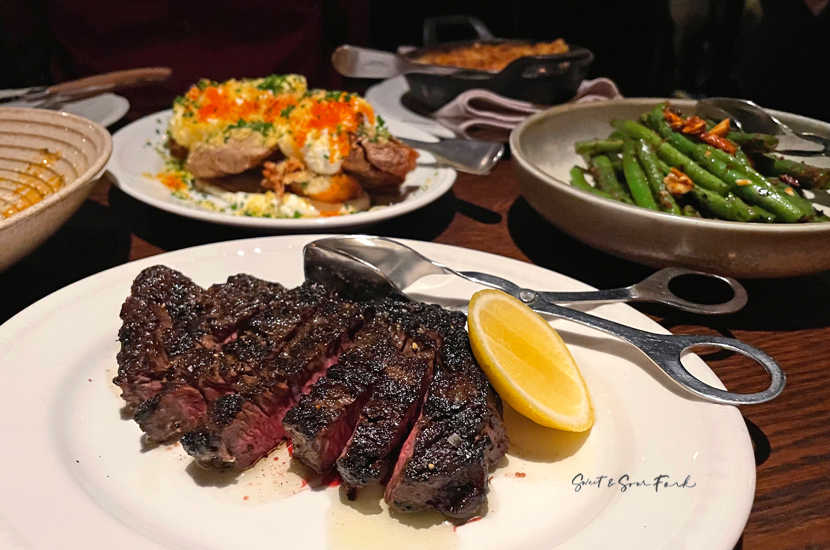 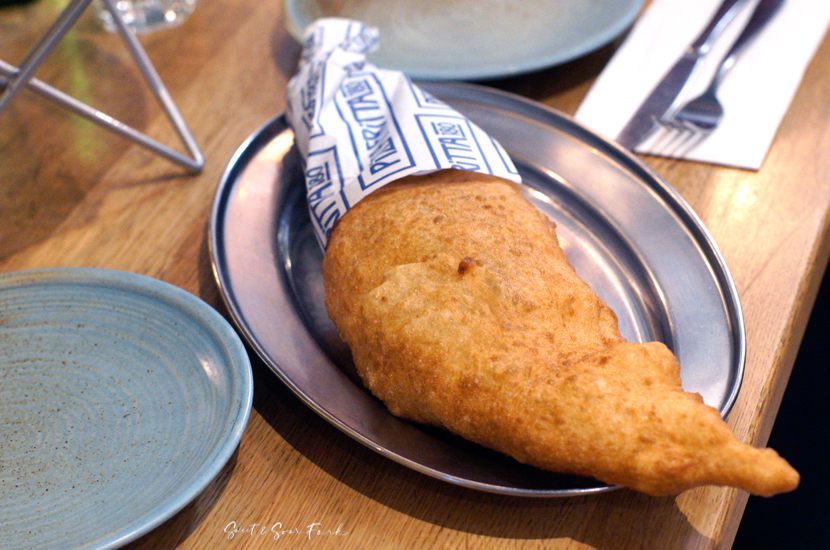 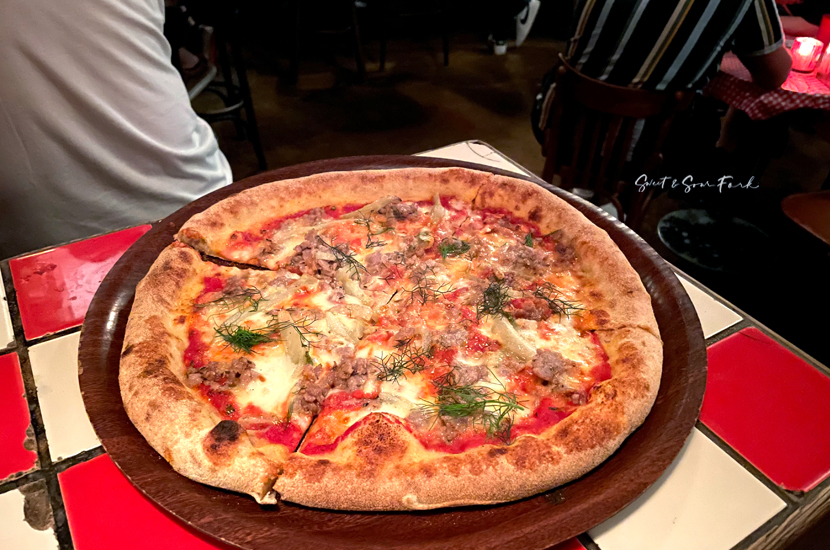