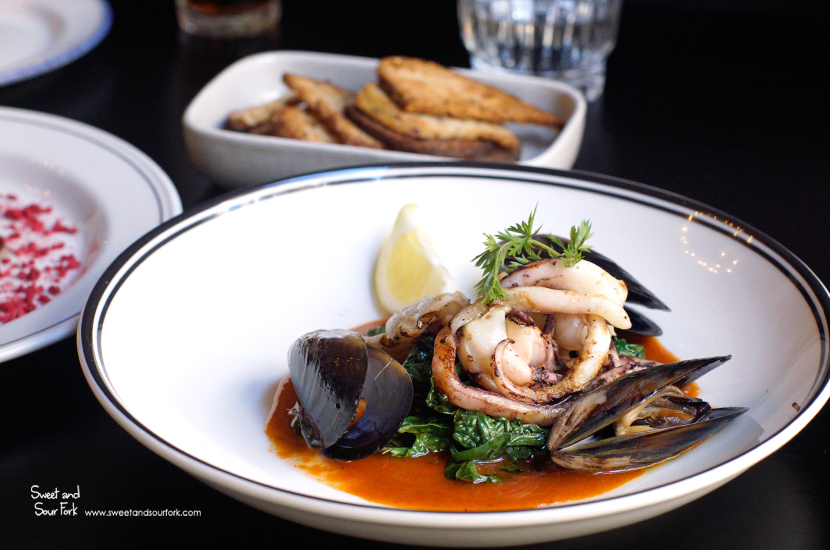 I have a bad and occasionally self-destructive habit of not being able to put things down once I start them, whether it be a new book, hobby, or TV series. Once I start something, I feel obligated to continue with it regardless of whether I still enjoy it, or feel crushingly guilty when I finally let myself stop. So even though I’ve left Melbourne for the time being, I just can’t bring myself to stop following the food scene, even though on some days it feels like way too much work to keep up with what’s happening on the culinary front in both Melbourne and Sydney. Another downside of stubbornly following the food scene in both cities is that I end up with a to-eat list that is now growing twice as quickly, despite having neither time nor money eat at all of them. This means that restaurants that are already on that list end up being neglected as they’re pushed further and further down the list by the newer and more exciting openings. One such restaurant is Belleville, which has sat quietly on that list for the best part of a couple years. But finally, I was prompted to visit by a rather exciting overhaul of their menu; after all, better late than never, right? Having been in Sydney for the best part of last year, Belleville makes my heart flutter with nostalgia for Melbourne. Located upstairs from an entrance which is in an alleyway that looks as dodgy as all get-out, Belleville is a dive bar that is furnished in a well-worn but eccentric manner, complete with hand-painted murals, mismatched furniture, and old chandeliers. The DJ table and well-stocked bar hints at more boisterous evenings, but at dinner time, it is a quiet and comfortable place for a meal. Duck ham & taleggio cream ($15.5) was the first order of the day. The combination of salty cured meat and sweet dollops of pickled blackberry puree was a great way to get the tastebuds going. I was super excited about the Chargrilled Calamari ($17) because it also came with mussels. After all, what’s better than one seafood? Two seafoods of course! The calamari was well-done, cooked just enough to impart a strong smokiness without compromising its sticky tenderness. The sauce of pureed nduja gave the seafood a level of robustness with its meaty, smoky flavour, and the addition of sautéed kale was spot-on, as it was able to soak up all the delicious flavours from the sauce and seafood. The menu at Belleville may have changed, but their signature Rotisserie Free Range Chicken ($11, 1/4 chicken), with roast chicken jus and miso butter, has remained the same. The chicken was full of flavour, brined very thoroughly and covered in uniformly golden, crispy skin. Admittedly it lacked a bit of wow-factor – it is just roast chicken after all – but it was simple and well-done. Despite only having been in Melbourne for a few days at this point, I had already overindulged, and so was feeling like something a little more virtuous, such as the Charcoal Cauliflower Steak ($23). Once again, though simple, this was a good hearty plate of veggies, and the addition of pickled cauliflower gave the dish a little more personality. Surprisingly, my favourite dish of the night was the Chargrilled Greens ($11). All the veggies were so faultlessly fresh and well-cooked, from the slightly charred fronds of kale to the crisp, smoky batons of broccolini and asparagus. It was all tossed in a lemony butter, and then covered in a flurry of shaved pecorino cheese that slowly melted into the crevices of the leafy greens. It may have been simple, but it was done so flawlessly that it was an absolute joy to eat. There’s only one dessert on offer (unless you count cheese, which I don’t), but it’s a good one – Triple Chocolate And Pretzel Cookies, Vanilla Malt Shake ($11), baked and shaked to order. Chris may be (surprisingly!) an excellent baker, but he’d be hard-pressed to trump these. The cookies were soft and chewy, with a gooey centre studded with pockets of oozy chocolate and caramel. And although the milkshake wasn’t too sweet – just milk frothed with sugar and vanilla essence – it was the perfect accompaniment to the warm cookie, balancing out the richness rather than fighting for dominance.

I had a really enjoyable time at Belleville. The relaxed atmosphere and friendly service made me feel very comfortable lingering over my meal with a drink or two, and the food was a good balance between accessible and inventive. But what I like the most about Belleville is the way it showed that restaurant-quality food no longer has to be stuffy, or restricted to formal, sit-down affairs. It’s a great place to come with friends for when you want something low-key yet fun, without sacrificing the quality of the food.

Rating: 13/20 – belle.
This rating reflects my personal experience at the time of visit.
Sweet and Sour Fork dined as a guest of Belleville. 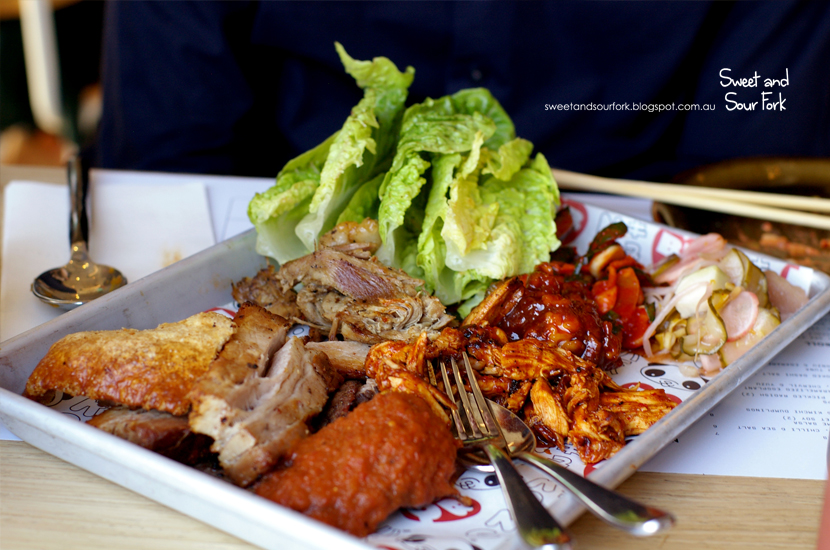 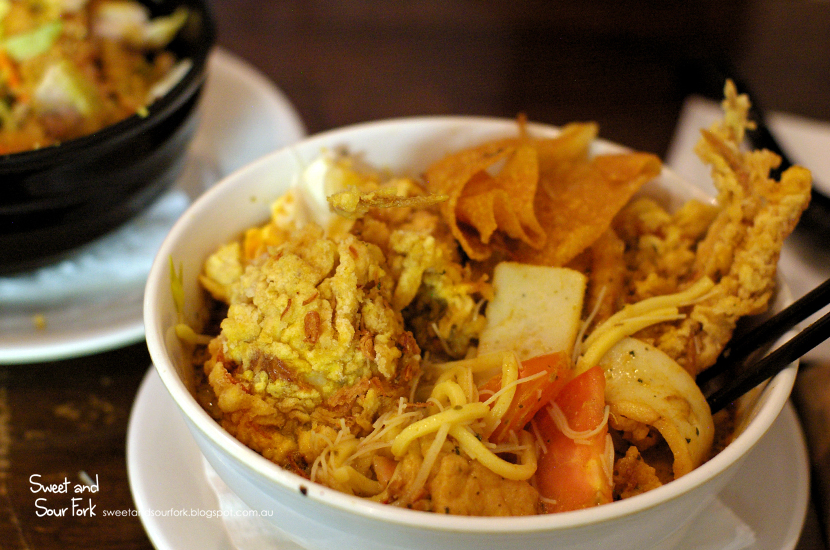