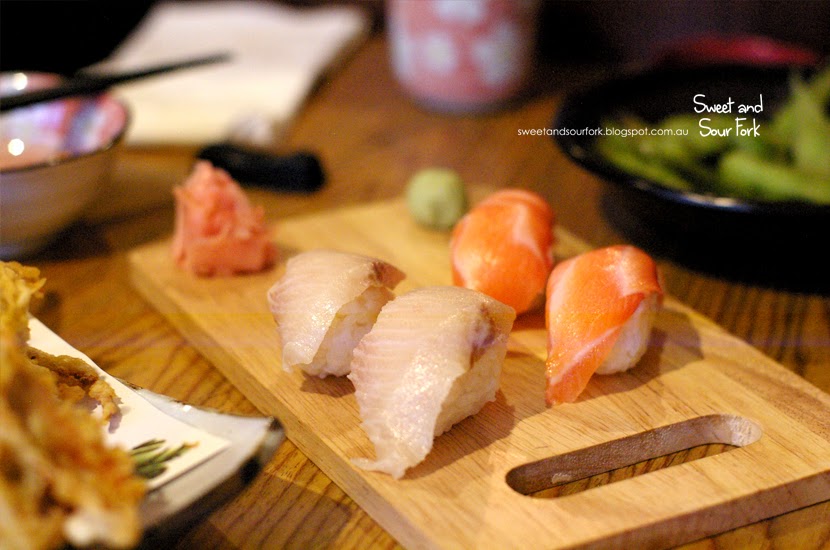 91 Kingsway
Glen Waverley, VIC
You know what puts me in a blogging slump? Food poisoning. After eating salad from a place that shall remain un-named, I was afflicted with 3 whole days of gastric agony before I could put anything solid in my mouth again. Still, the show must go on, and on the first of those three days when the nausea wasn’t too bad, I dragged myself to Monga, a hidden away izakaya in Glen Waverley that I had been meaning to visit for a long time, albeit under better circumstances. If there’s one issue I take with restaurants (aside from the many other issues I may take with restaurants), it’s a restaurant that is as clearly inauthentic as the Italian restaurants I came across in Japan. So I was more than a little surprised when I headed up the narrow flight of stairs to find a bona fide izakaya, complete with chefs throwing back cups of sake behind the sushi bar. Though I’m pretty sure Monga is a Cantonese/Chinese creation, the hospitality here is strictly in line with the Japanese. We were made to feel like honoured guests as we were ushered into a corner with leather chairs, the menus handed to us with a respectful bow. The restaurant was decorated with a tasteful clutter of Japanese knick-knacks, the utensils was ridiculously beautiful, and I have it on good authority that deeper within the restaurant was a traditional Japanese floor seating.
I’m not usually one to order Edamame ($4.8) at a restaurant, as I’m used to eating them at home steaming hot by the bucketful, instead of stone-cold in little dishes. But for some reason I was really craving the chewy, nutty little beans today, and Monga served up a generous plate of the pods, sprinkled lightly with salt, still hot to the touch.
Our beautifully fried plate of Soft Shell Crab ($10.8) was a complete and utter steal. We were served up three whole crustaceans, dusted with green tea salt, and lightly battered tempura-style so as to not disturb the sweet, juicy flesh and crispy shell.
There’s a whole skewer section but the ones that caught our eyes the most were the Ox Tongue ($2.8), and the Quail Egg Wrapped in Bacon ($3.6). The ox tongue was cooked just like it should be – the slices of meat were chewy, juicy, and charred from the grill, though could’ve done with a little more marinade. The quail eggs lacked a little in the bacon department, but the smoky eggs burst into a mouthful of creaminess.
We also ordered a plate of Japanese Vegetable Korokke($5.5). The fried patties were crunchy outside and delicately smooth in the middle, pairing up perfectly with the dish of plum sauce. I had plenty of fun watching Chris trying to manoeuvre these fragile little snacks into his bowl with chopsticks.
I’ve had a lot of sushi in the last week but that didn’t stop me from a pair of Salmon Sushi ($4.5, 2pcs), and a pair of Kingfish Sushi ($4.5, 2pcs). The salmon sushi was beautiful, the buttery fish draped across a pillow of vinegared rice, but unfortunately the kingfish was past its prime, and it tasted its age.
In true Japanese style, we washed down our bar snacks with a generous serve of carbs in the form of an Ontama Udon ($8.2). This was, for all intents and purposes, the Asian equivalent of chicken soup. The dashi stock was light and clear, the faint fishy umami of it a sigh of delight, slurped up with lengths of chewy udon.
We had eaten quite a bit of food, but as our dishes had been served up over the span of an hour and a half, we still had room for dessert. Chris’ eyes alighted on the selection of puddings and cakes, whilst I had the more Asian offerings in mind. And whilst I would’ve loved to be adventurous, my ailing stomach begged for something warm and comforting, like the Snow Fungus, Lily Bulbs, Lotus Seeds and Palm Seed Sweet Soup ($7.2). Though comforting with crimped folds of crunchy snow fungus, I found the soup to be quite bland, lacking in the cooling herbal properties of a good Asian dessert soup.
Chris’ Genmai Milk Pudding ($7.2) was unfortunately as commonplace as my dessert soup, though perhaps a touch more flavoursome. The smooth pudding was subtly sweet with a creaminess that built on the palate, topped with a scattering of toasted rice. We liked our dessert, but not enough to finish it all on an already-full stomach.
I was pleasantly surprised by Monga; it was exactly what I had hoped, but not dared to expect. The variety of food on offer was huge, and depending on what you order, you could rack up an extravagant bill with a dozen crab legs, or as we chose to do, have a laid-back, indulgent dinner without wringing out the dregs of our bank accounts. I may not be in a rush to return, but I will eventually, make no doubt of that.
Rating: 13.5/20 – huMONGAs menu.
This rating reflects my personal experience at the time of visit. 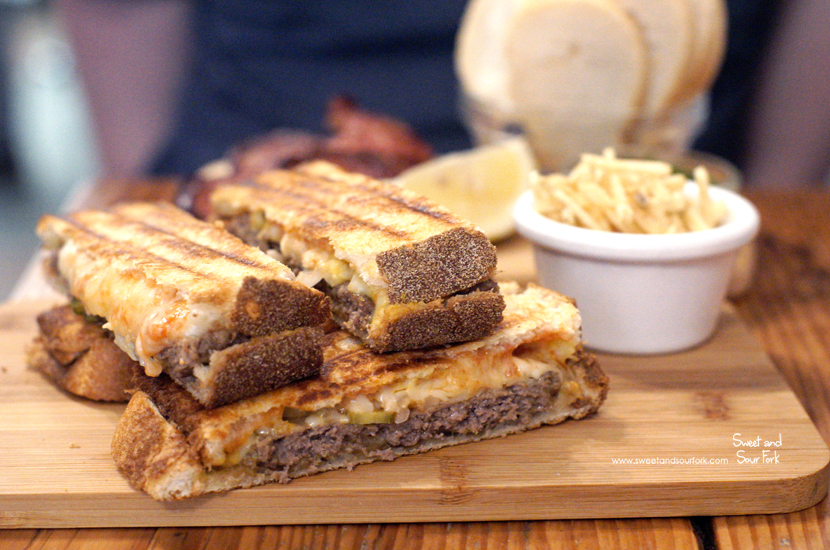 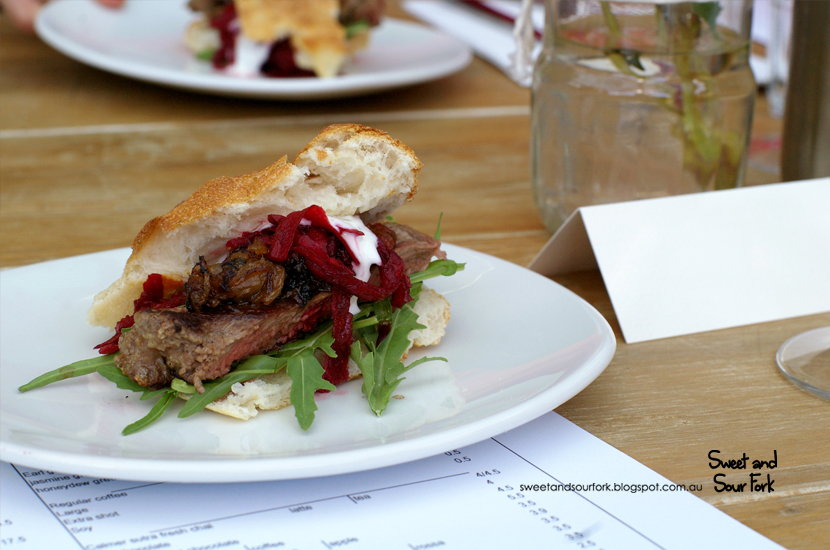