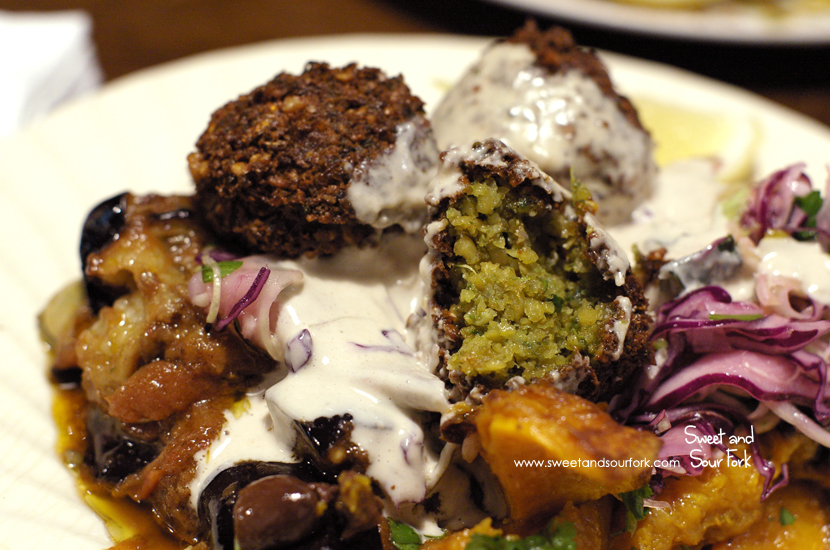 Very Good Falafel opened on Sydney Road about 6 months ago, and it sells – you guessed it, falafel. But is there a market in Brunswick/Coburg for expensive (read: $12pp as opposed to $7pp) Middle Eastern vegetarian food? There sure is, and here’s why: If you go back to the beginning, Very Good Falafel actually had nothing to do with falafel at all. Instead, it started out as a dip stall at the local market in 2013, which became very popular, very quickly. The business partners (and bffs) Shuki and Louisa soon expanded their business into a falafel truck, which had the students lining up every time they rocked up at Melbourne Uni. Eventually the demand for a permanent store became so deafening that they opened their permanent digs on Sydney Road, and here we are. The menu seemed confusing on first glance, but it’s actually very simple. There are only 3 ‘mains’ available – the falafel, sabih (slices of eggplant and potato), and ktzizot (grilled meatballs made of lamb). You can get each of them served up either in a pita pocket, or deconstructed on a plate. On the other side of the menu are the options of salad, babaganous (sic), and hummus, all of which you can get with or without falafel on top. The salads are worth a special mention; made with whatever is good and fresh on the day, the four options are scrawled onto a small blackboard beneath the menu, and each more interesting than the last. But more on that later. Despite being a touch-and-go sort of place, with everyone from post-gymmers to young working couples dashing in and out for a pita pocket on the run, Very Good Falafel makes the special effort to give the place a homely touch. The open kitchen takes centre stage, and walls are lined with cookbooks, pickling jars, and fresh produce – exactly what you’d want to see in a quality family-styled kitchen. And if you’re wondering about the huge bulbs of garlic, that’s what they use as napkin weights! How neat is that?! Despite having a menu that can fit on the back of a napkin, the signature dish at Very Good Falafel is definitely the falafel pita pocket. But for those who were after something a little more substantial and sit-down, the Salad Plate with 3 Falafel Balls ($13) is the bomb. Here’s the deal: they’ll pile up a granny plate with the 4 salads they’re making for the day, and then top it with fresh falafel and a ladle of tahini dressing, then voila! The magic begins! The falafels were of course great, with their fluffy, spiced centre and crunchy shell. The salads were all fresh and bold; I had a hard time picking out a favourite, but if I had to choose, it would be the saucy, flavour-drenched Broad Beans, Eggplant, Tamarind, and Tomato salad. In contrast, the Cabbage, Kohlrabi, and Mint was crisp and vibrant, whilst the Lentils, Spelt, Currants, and Almond was a traditionally hearty and filling mix. The 4th salad of the day was a Pumpkin, Caraway, Peppers, and Olive salad, the olives lending a salty bite to the layers of sweetness from the pumpkin and smoky peppers. And be warned – this plate may look fairly modest, but you’ll be hard-pressed to finish it, especially if you want to fit in some of the warm pita bread served on the side. Although the menu is largely vegetarian/vegan friendly, they do have one meat option – the Ktzizot Plate ($13). This consisted of lamb rissoles folded with herbs and grilled to order, served with the standard assortment of condiments and pita bread. Anyway, I’ve worked out the best way to eat these, so listen up: tear off a piece of pita, then stuff it with a thick smear of nutty tahini paste, pieces of lamb (break it up a bit with your fork), a spoonful of the diced tomato and cucumber salad, a sliver of pickle, then finish it with a dab of chilli and a squeeze of lemon if you so choose. It’s absolutely amazing how each bite manages to be both balanced, yet bursting with flavour; it will blow you away, I promise. (Disclaimer: I was starving at the time, so I don’t actually promise, but it was still pretty damned good) I couldn’t even finish the food we ordered, but my FOMO forced me to try the Halva and Walnut Brownie ($4). It was a good thing too, because these brownies were sweet and fudgy, studded with pieces of walnut. The only thing that would tip you off that these were vegan is the slightly crumblier texture, and once you chew them a couple of times, you won’t be able to tell at all.

I showed up fairly late on a Monday evening, not expecting too many people, but it is clear that Very Good Falafel, with their very good falafel, is beloved by all. One thing I especially liked is the way they take on diners’ feedback; I’ve read a few reviews when the restaurant first opened about how terrible the pita was, but more recent visitors, myself included, couldn’t stop raving about just how soft and pillowy they were. I do have a confession however. I think I’m just not a falafel person, because although these were definitely Very Good Falafel, it’s the Kzizot plate (or pita pocket) that I’ll be coming back or.

Rating: 14/20 – very good kzizot.
This rating reflects my personal experience at the time of visit. 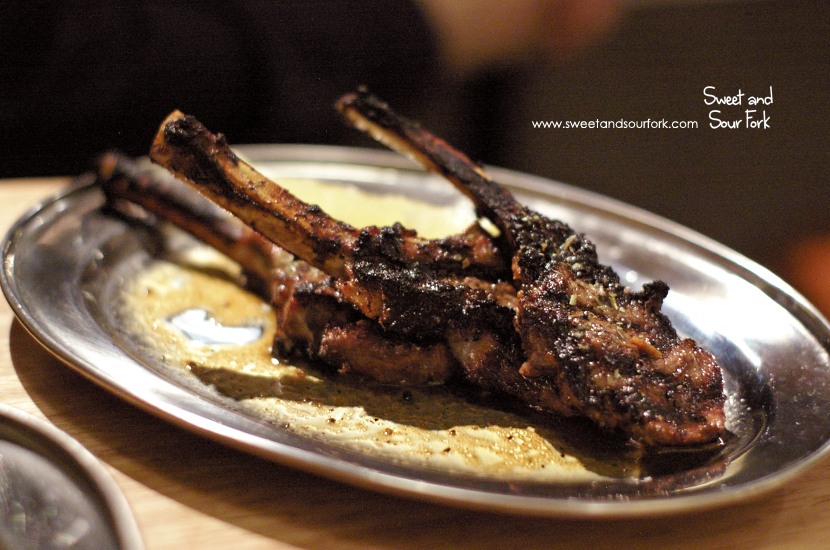 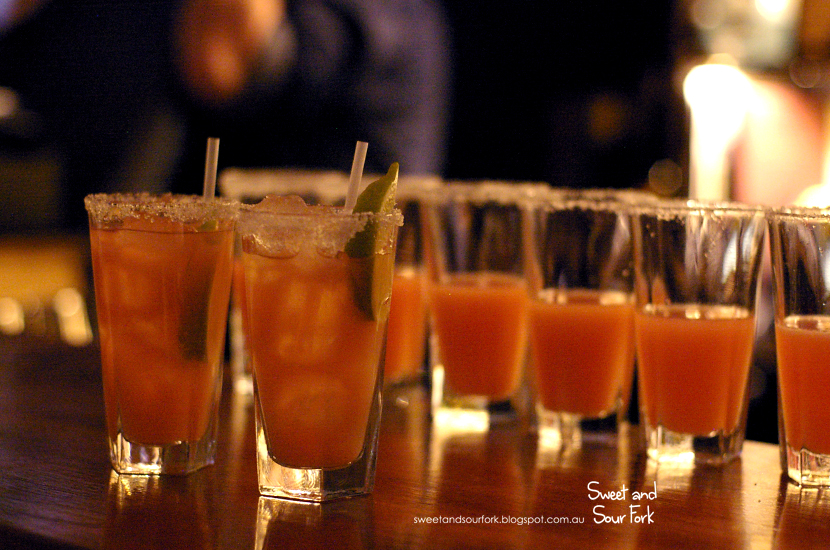 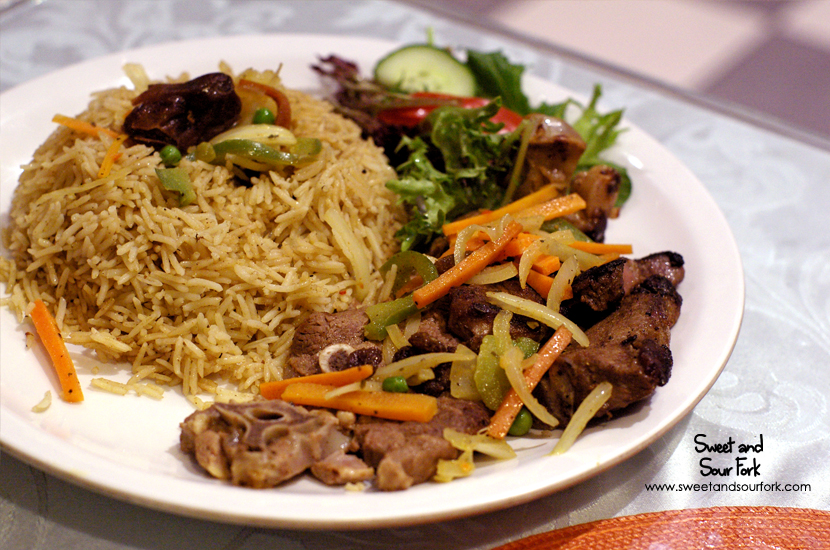