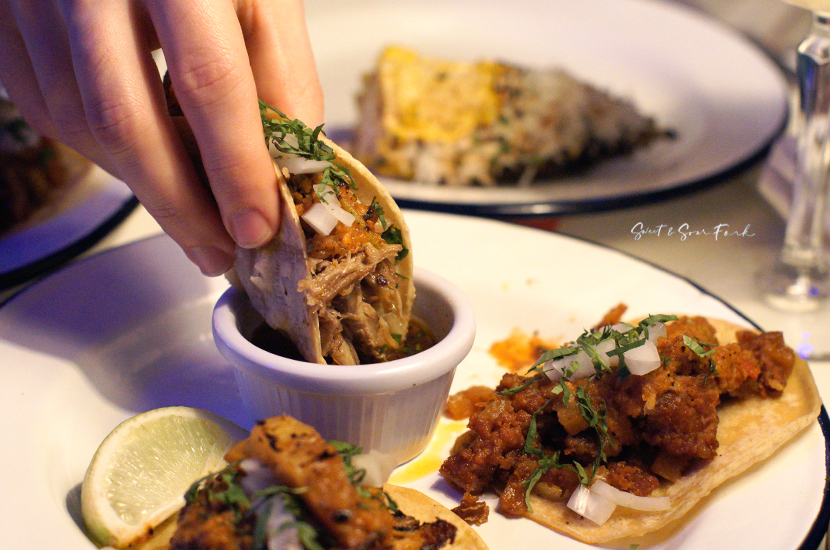 After discovering Rico’s Tacos, aka the place to get authentic tacos, my search for good Mexican food in Sydney got a second wind. Unfortunately the next place I went, Itacate, did not live up to expectations (with the exception of their excellent chicken mole). Still, I was heartened by the recent upswing in the new Mexican openings around town, one of which was La Farmacia. 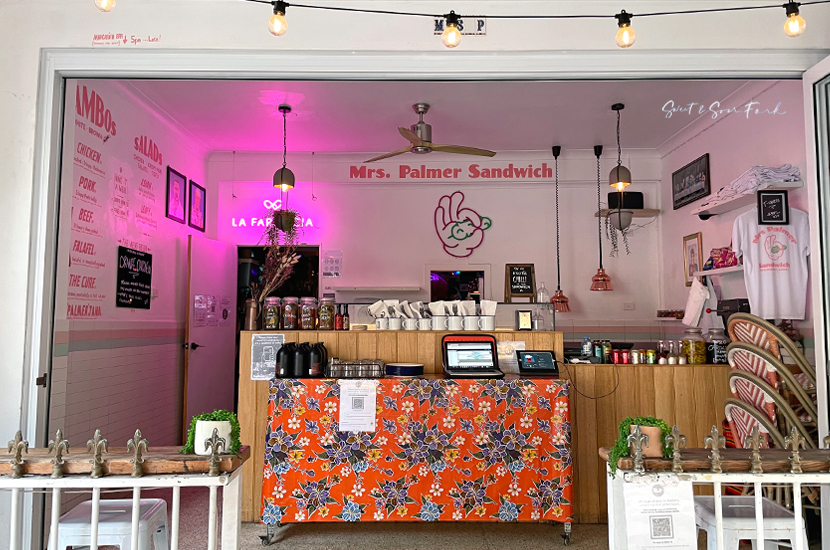 La Farmacia isn’t the easiest place to find; what you want to do is look for Mrs Palmer’s Sandwich Shop, and then head through the little door at the back with a small neon sign for La Farmacia hanging over it. It really doesn’t look like very much. 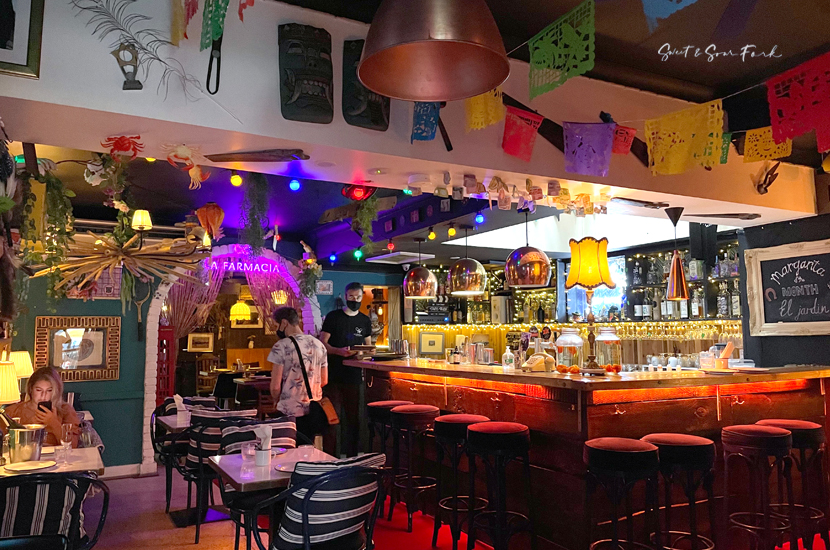 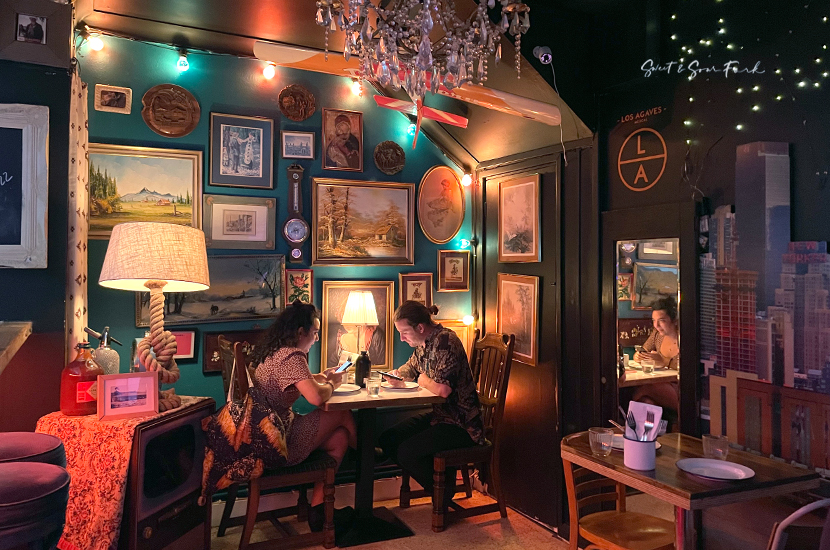 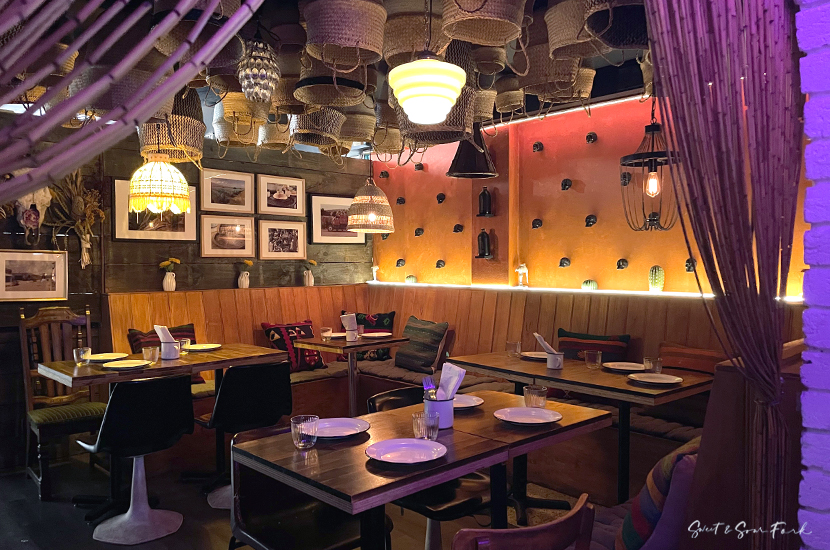 Once you get inside however, the restaurant itself is beyond stunning. The glittering bar surrounded by red velvet stools is the first thing to draw the eye, but within moments, it becomes clear that every nook and cranny is full of interest. There is so much to look at that it feels more like dining in a museum, yet the character of the restaurant is so distinct that you never lose the delightful feeling of having stumbled upon the coolest hidden bar in all of Guadalajara. 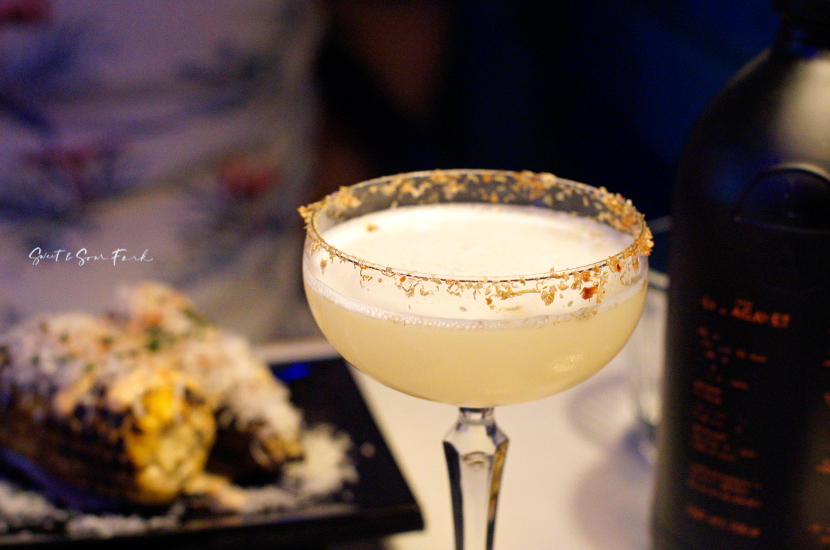 The drinks menu is, of course, riddled with tequila-based drinks, but I was very intrigued to see that they also have a Non-Alcoholic Margarita ($10). Although this is made of a non-alcoholic spirit  (Seedlip Garden 108) that our waitron thinks tastes more like gin, one sip made it clear why margaritas are such a popular accompaniment to Mexican food. The sharply sweet and tangy drink, combined with the salt rim, is everything you need to cut through the fatty meats, and tastes deliciously addictive to boot. 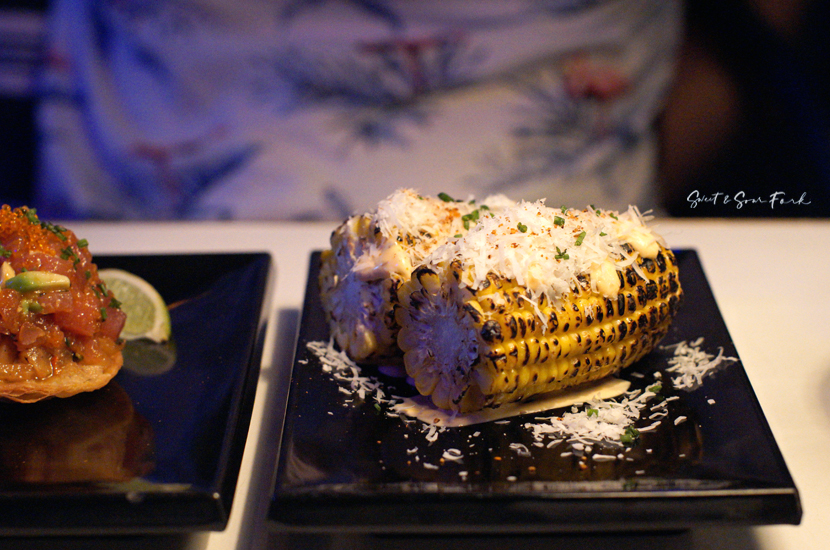 It’s been much, much too long since my last Elote ($8, 2pcs), so I was extra glad that this was a good one. The sweet chargrilled corn was covered with that irresistible combination of creamy chipotle mayo and pungent pecorino, and in this case, flavoured with Tajin – a seasoning of chilli and lime. It’s a classic snack for a reason. 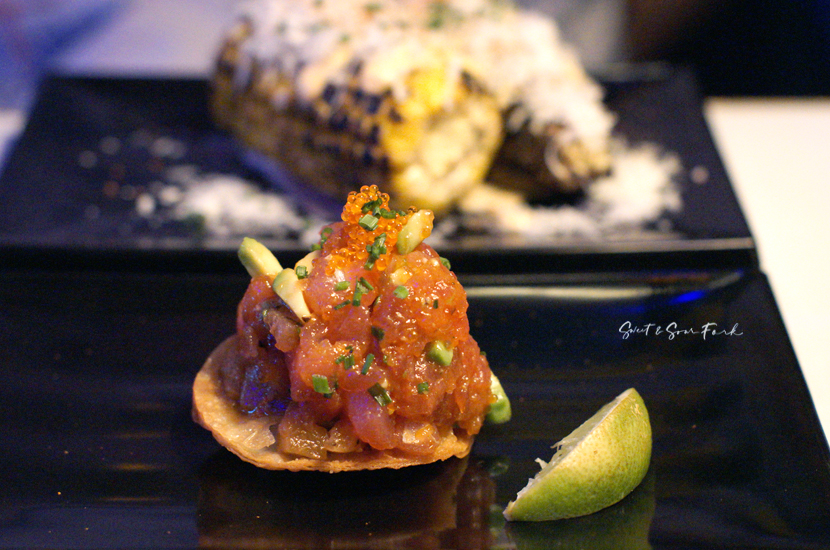 But surprisingly, it was the Tostadas de Ceviche ($5ea) that really stole my heart. The ceviche of the month was a delightfully melt-in-the-mouth tuna, seasoned with an umami-heavy dressing of ponzu. The additions of sweet pineapple and creamy avocado cleverly balanced out the hints of heat from the habanero, and the dash of flying fish roe on top completed the flavour fiesta. Even the tostada was impressive, being incredibly light and crisp, contrasting with the buttery fish without getting soggy at any point. I liked this so much that I ended up eating almost all of it before remembering to share. 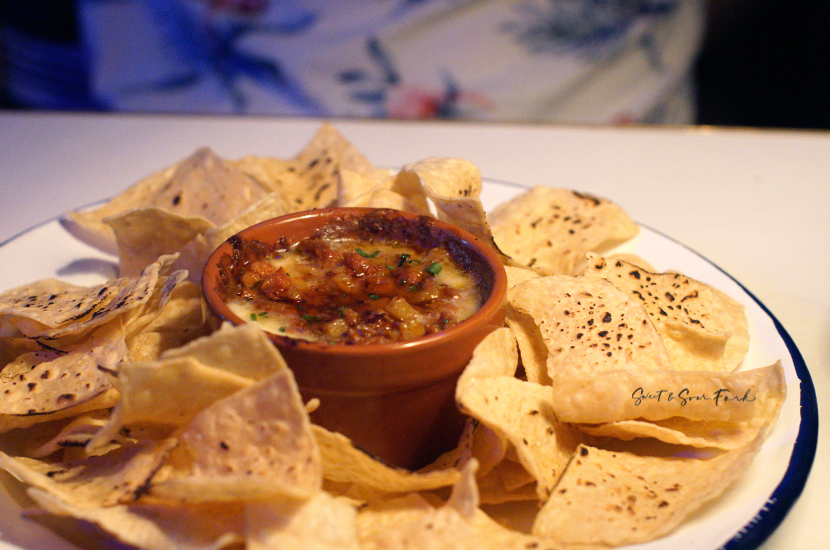 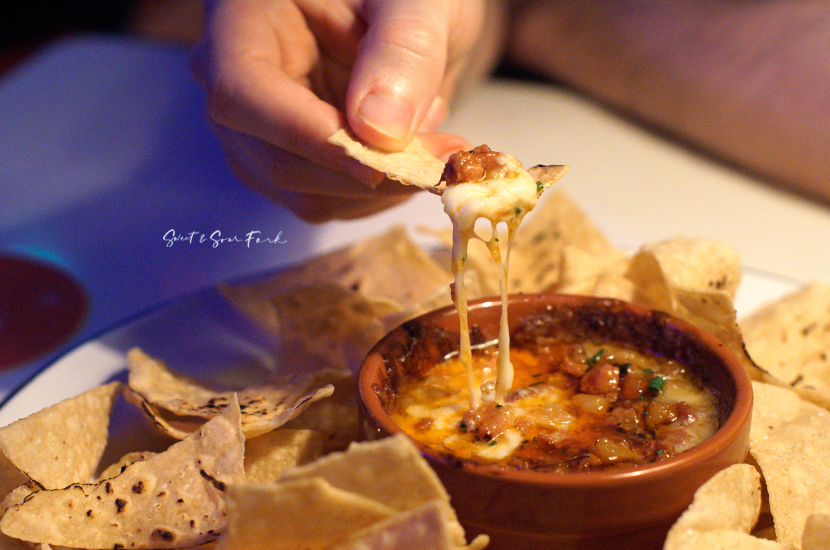 If you’re on the hungrier end, the Queso Fundido ($15) is a good choice. Instead of the usual salsa and guacamole, your tortilla chips (crispy, lightly charred, and absolutely addictive) are served with a pot of melted cheese, topped with diced chorizo. And we’re not talking the horrible goopey yellow stuff either; this is bona fide Oaxaca cheese, which has the flavour of a mild cheddar, but a texture more akin to stretchy mozzarella. And scooping chunks of chewy cheese onto a tortilla? It really is rather hedonistic. 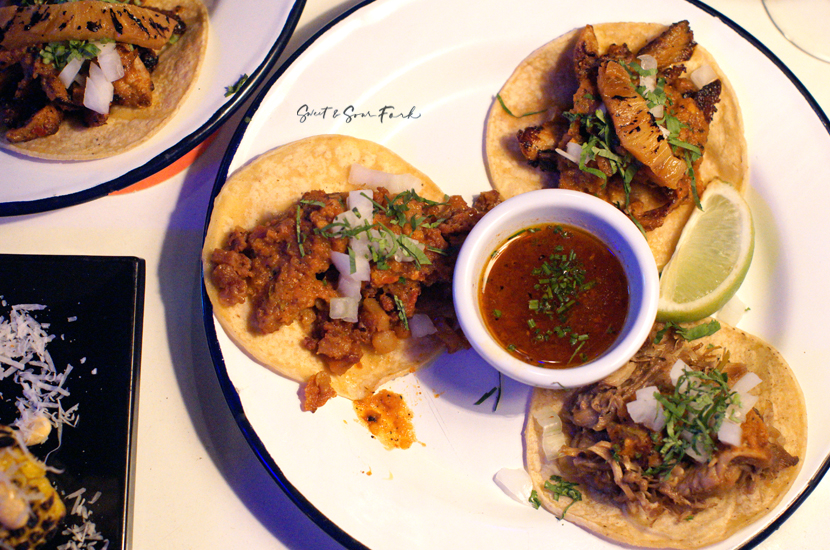 But of course, what I really am here for are the tacos. And although it’s slightly better value to get the DIY set, which is enough to make 6 tacos of any one variety, I opted to order individually so as to try as many as possible. 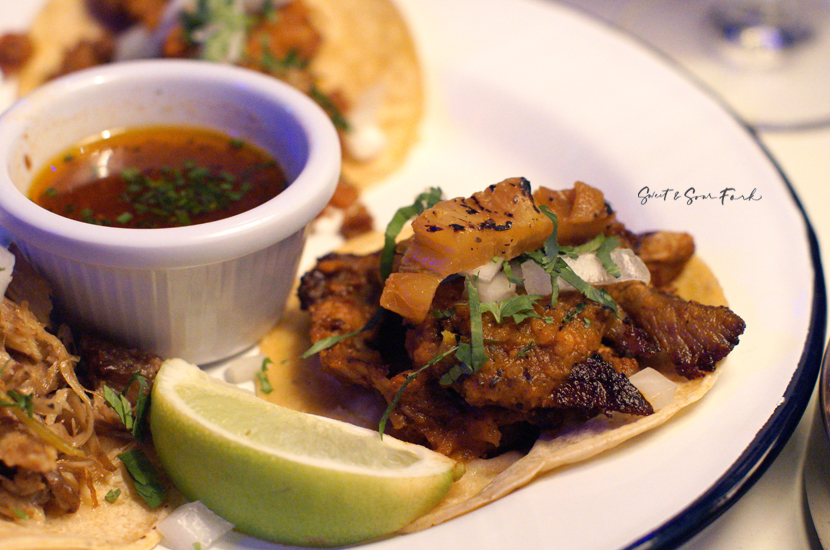 Al Pastor ($6ea) is probably one of the most recognisable taco varieties out there, and this one is legit – I even spotted a spit turning in the kitchen on my way to the bathroom. The smoky pork and sweet pineapple is a failsafe combination, and I especially enjoyed the chewy, almost jerky-like texture of the meat. 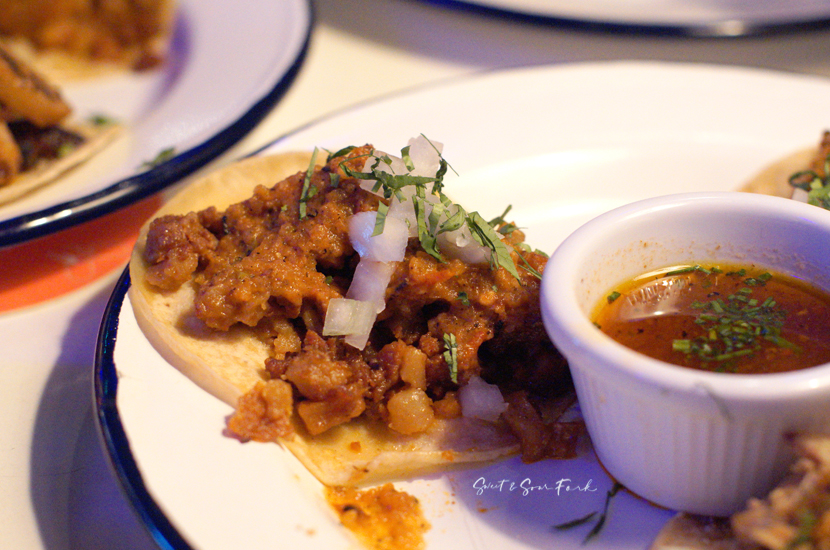 The Chorizo and Potato ($6) is one that I will always order if I see it on the menu. Instead of slices of sausage, what you get is chorizo out of its casing, fried together with pieces of potato, then garnished with onions and coriander. What it lacks in appearance it makes up for amply in flavour, the fatty, paprika-spiced sausage and fluffy potato good enough to eat by itself with a spoon.

The Lamb Barbacoa ($6ea) came with extra consommé for dipping, but I preferred our waitron’s advice to sip it instead. The slow-cooked lamb shoulder was deliciously unctuous and fatty, but it was overshadowed by the consommé, which was a concentrated shot of umami, meaty goodness. If you like lamb, this one is a must. 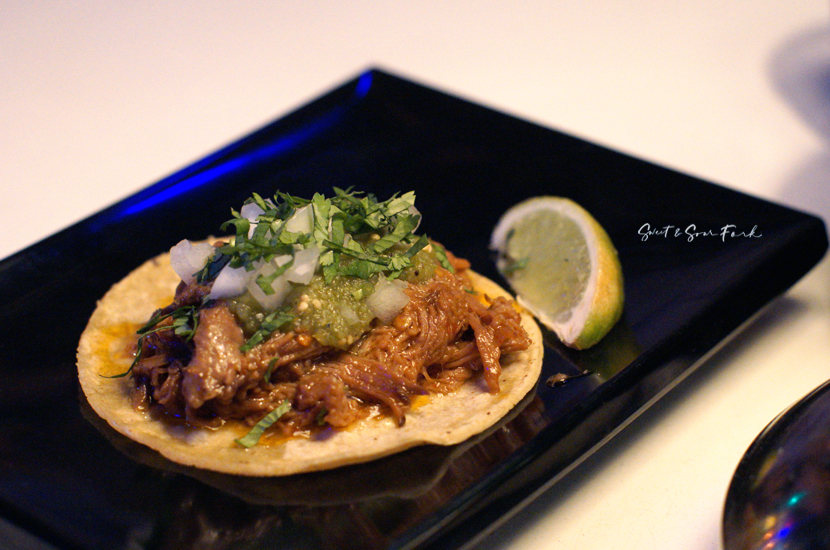 Finally, the 8 Hour Brisket ($6ea) ended things on a high note. The slow-cooked meat was so tender it simply fell apart, and it was topped with a surprisingly spicy chipotle sauce that added a welcome punch to the buttery meat. Another must-order for the meat-lovers. 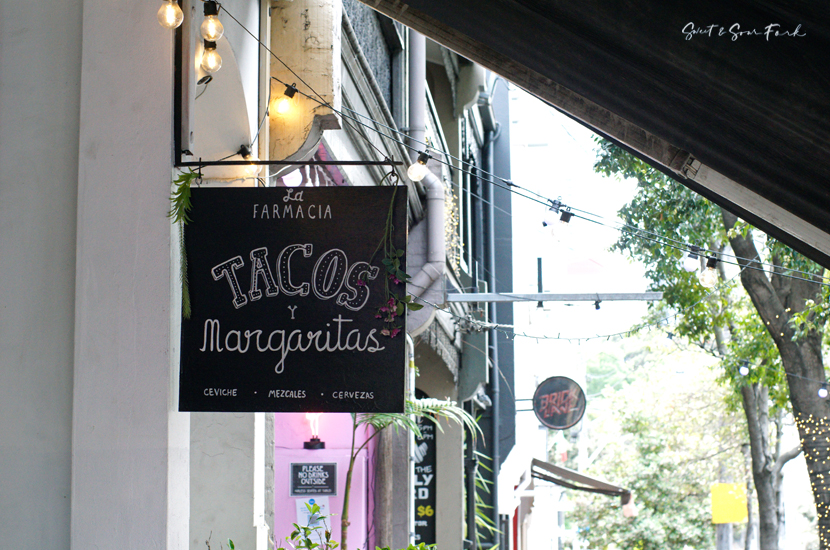 By this point, I was ecstatic. Rico’s may have filled the taco void in Sydney, but here was an entire restaurant serving up real-deal Mexican food – I never thought I would see the day! The only possible complaint I have is that the tacos here aren’t double-wrapped, which means that things tend to get rather soggy if you don’t move quickly. But given that you can get extra tortillas at a very reasonable $2.5 for six pieces, you can easily DIY the fix. So with that problem solved, there’s only one thing to do – come back for Taco Tuesdays.

Rating: 15/20 – it’ll cure what ails you.
This rating reflects my personal experience at the time of visit 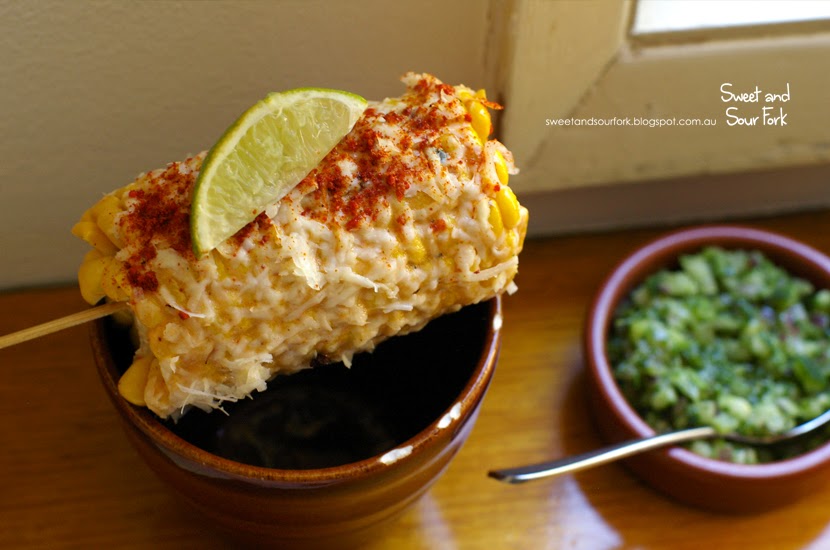 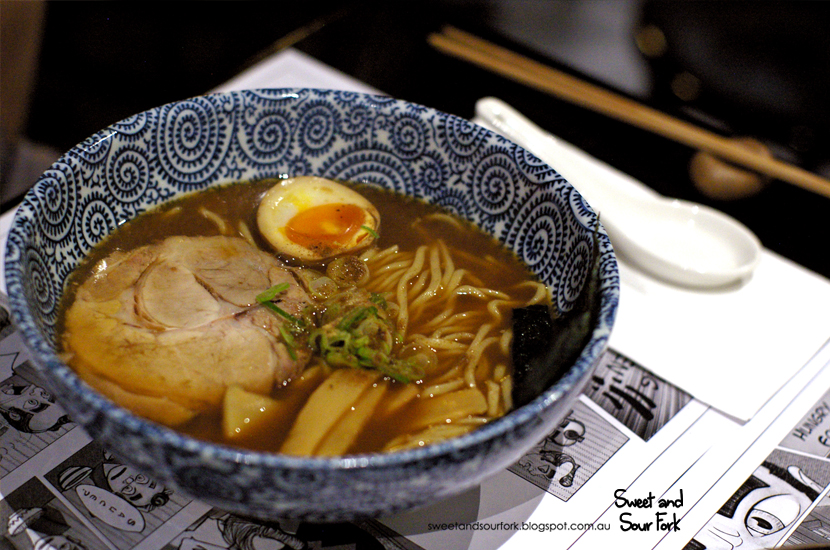 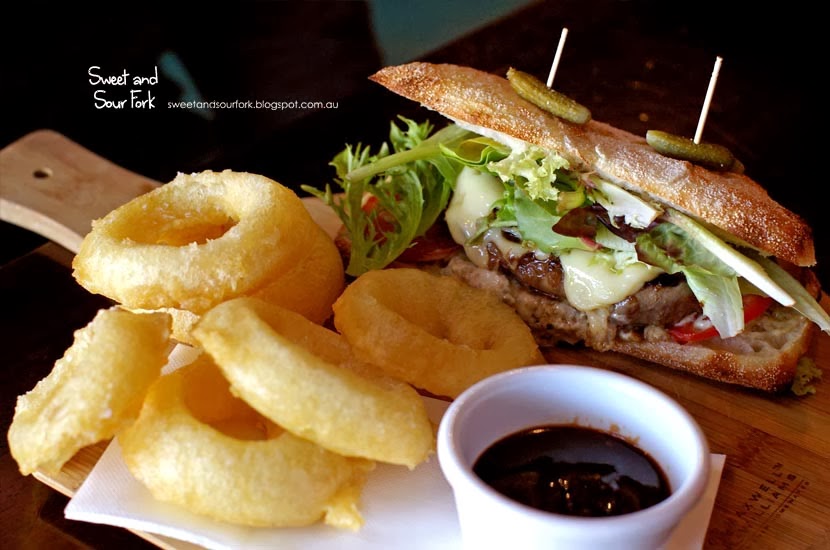