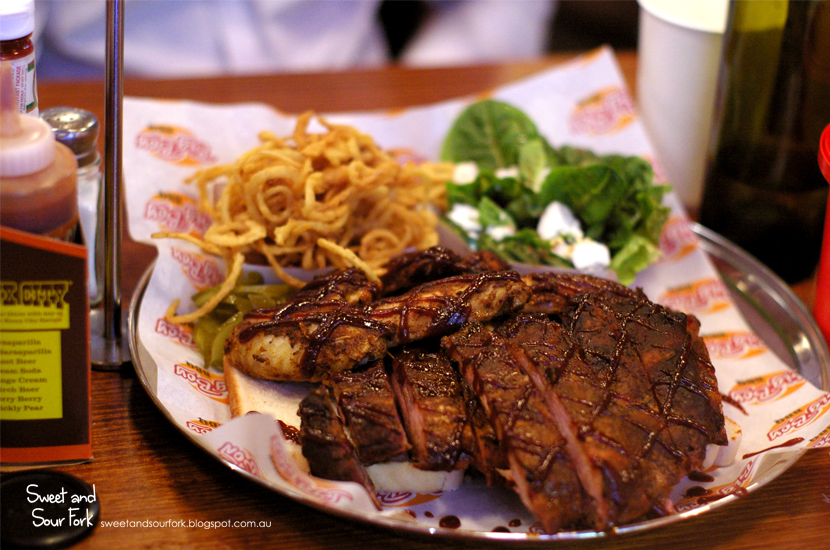 27 – 31 Hardware Lane
Melbourne, VIC 3000
http://www.bigboybbq.com.au/
Travelling is something I’ve always wished I had more time and money for. Aside from the obvious lure of food, I do actually enjoy seeing the sights and immersing myself in the diverse cultures. I’ve always been in two minds about America though. Several friends, after coming back from the USA, have told stories of entrees the size of share dishes, and milkshakes that are really just desserts in disguise. Though I loathe the idea of getting fat thighs and fat arteries, it’s hard to resist food that’s engineered so deliberately to taste good. It took a lot of mental preparation and self-justification before I finally made the decision to indulge in Big Boy BBQ. Though set up like fast food, the motto here is actually slow food, fast.  And indeed, BBQ ribs, beef brisket, and pulled lamb shoulder doesn’t happen overnight. Cutlery is highly discouraged, and there are entire rolls of paper towel on every table. After all, there are 5 types of BBQ sauce on offer.
To our great amusement, a couple of the platters on offer were toted to ‘feed 1-6 people’. As we were neither 6 people nor 1 American, we chose the much more reasonable Wings ‘n Ribs Platter ($35, +$4 for pork ribs), a selection of wings and ribs (go figure) with two side dishes, designed to feed 1-2.
If you like your ribs fatty and melting off the bone, then Big Boy BBQ is not for you. However we relished how substantial the Kansas City Ribswere. The thick glaze of slightly spicy BBQ sauce remedied the slight dryness that came with cooking the ribs to the dense, almost jerky-like degree of meatiness.
The Chicken Wings on the other hand were a lot more traditional, though absolutely massive. Rubbed with chilli and spices, the wings were grilled until the fatty edges were smoky and caramelised, before being drowned in copious amounts of authentic BBQ sauce.
I’ve always been a fan of good onion rings, but this is the first time I’ve come across Onion Strings. Piled up in a paper boat like a spindly golden flower, the crunchy shreds of battered onion were sinfully moreish and downright addictive.
And it was with a great effort of will that I turned away from the chilli con carne on chips, and instead had the House Salad. For a place that does caveman food, this salad is pretty fab. The mixture of sprightly cos leaves, vegetables, and tomatoes were pepped up with salty olives and crumbly feta. Sure that made it less healthy than I would’ve liked but by this point, I am kidding no one.
The entire platter was served with sliced pickles, which I ate with relish, and 3 slices of white bread, which was bemusing. But thanks to the large amount of meat on offer, we had no need for the bread. Though we polished off the plate with relative ease, I spent the next 24 hours digesting what felt like half a dozen eggs swallowed whole. This must be what it feels like to be a snake.
Rating: 14/20 – next time: chilli con carne on chips.
This rating reflects my personal experience at the time of visit. 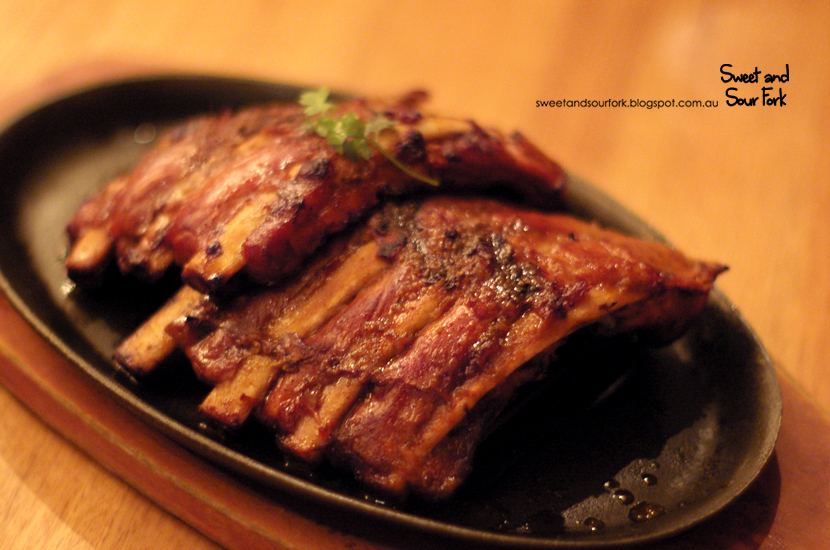 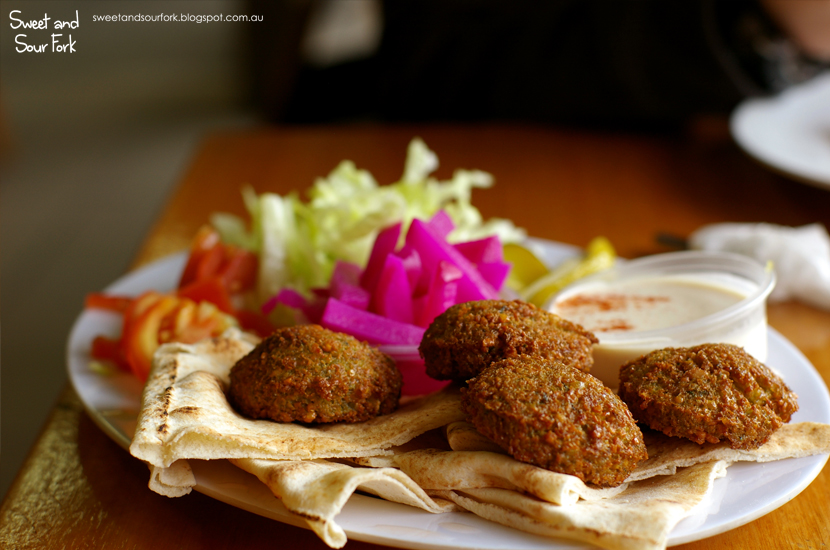 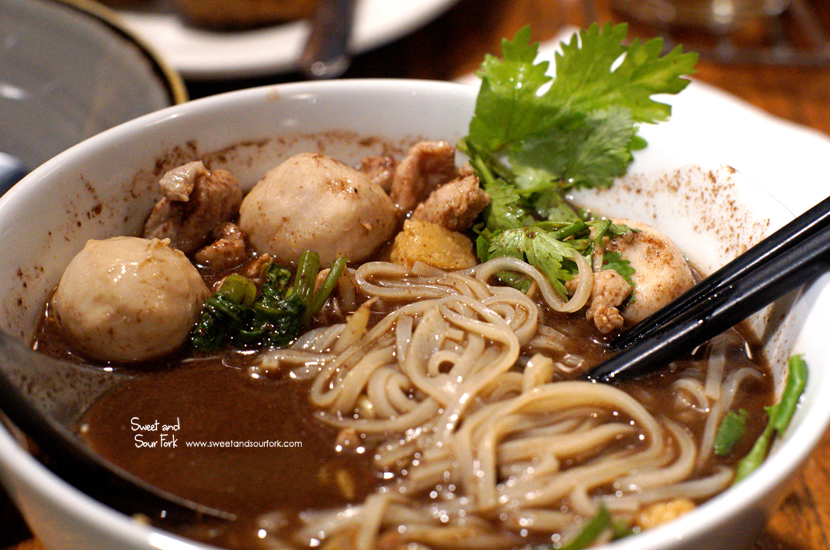