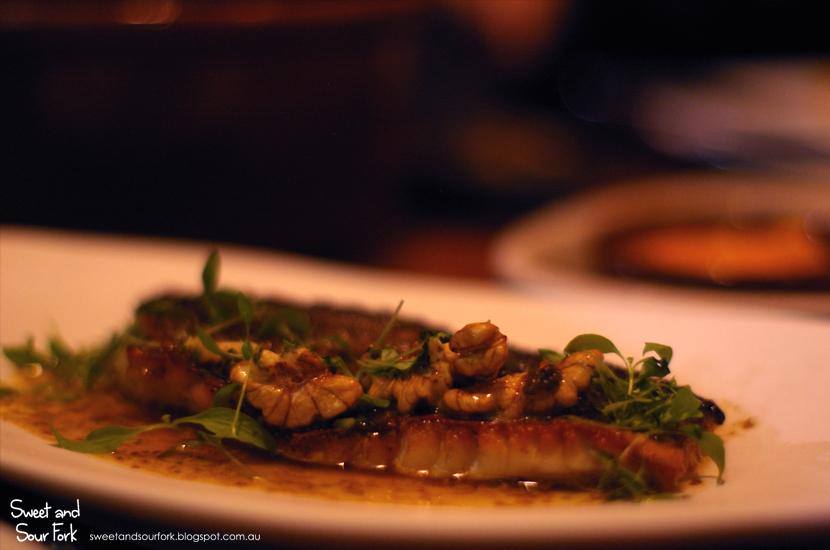 A place to fall in love. On a street corner smack-bang in the middle of the Melbourne CBD, MoVida Next Door smells like jamón and feels like Spain. You’d have to have a heart of stone not to get caught up in the warm glow of the lights and the sizzling of prawns a la plancha. Meeting up with three shamefully late foodies who managed to arrive just before the after work rush, we prepared ourselves for a feast of epic proportions. The difficult part was choosing what to eat; the menu may be short and sweet (for a tapas bar), but the daily specials are extensive and tantalising.

To start off our feast, we were served some complimentary crusty bread, and a thin disk of Monte Enebro ($8). The mustiness of the cheese and sweetness of the fig and quince paste were rolled into one harmonious mouthful of flavours that brought out the best of each other.
A large glazed pot filled with glistening mussels found its way onto our table. From the specials menu, the Mejillones ($19) was a simple, hearty serving of mussels cooked in a lemon, parsley and sherry broth. The delicate, orange-lipped lobes inside came away at the tug of a fork. Pop it into your mouth and savour the plump brininess.
The Bomba ($4.8ea) was a morsel that required no introduction. Made famous by Masterchef, these golden little orbs heralded a crunch that gave way to mashed potato so smooth it could be a puree. The daubs of sauce on top provided a small peppery kick.

The best thing about eating with foodies is the lack of hesitation in trying something new. Hence the order of Sesos ($5.5), deep fried lamb brains served on top of a lemony mayonnaise. Up until this point, my experience with sweetbreads has been woefully limited. The only time I recall eating noggin was as a 4 year old, when my grandmother insisted that I sucked the slimy brains out of fish heads, as it was supposedly the ultimate brain food. So biting into my chunk of deep fried grey and white matter, I braced myself (without any good reason, really) for a mouthful of fishiness. Except that never came. Instead, the most wonderful creaminess spread out over my tongue. I can only compare it to eating an entire egg yolk in one go, except even more decadent.

Joining the action was a tall bowl of Berenjenas ($12.5), fingers of eggplant chips with a side of salmorejo, a tomato and bread sauce. This was a huge hit around the table. Crunchy, barely-there batter gave way to a center of eggplant that’s so soft it’s almost liquid. Dip into the orange salmorejo for maximum enjoyment.

Another dish off the specials menu, the Pez ($25) was a fillet of hapuka, fished from the Bass Strait and served with burnt butter sauce, sprouts, and walnuts. One of the favourite dishes of the night, the firmness of the fish was almost reminiscent of chicken thigh in texture. The placid and comforting flavours of fish and burnt butter were enlivened by the skin, which was so brittle it practically shatters audibly.

Finishing off our adventurous fling with the specials menu, we ordered the Morcilla($16), a visually stunning dish of blood sausage garnished with croutons, Brussels sprouts, and a pearly slow cooked egg.

We were instructed to break the egg and mix all the ingredients together. The little clusters of blood sausage had the texture of rice pudding, but lacked any actual taste of blood, which was a bit disappointing (that sounded horrific). But add in some deep fried croutons and baby Brussels sprouts that opened up like flower buds on the tongue, my disappointment was all but gone.

I was pure delight in the form of a little Asian girl when I realised the Crema Catalana($13.5) was a Spanish version of crème brulee. Tapping our spoons against the caramelised sugar shell, we indulged in spoonful after spoonful of citrusy custard interspersed with shards of bitter toffee. This dessert has earned itself a permanent position as a part of my last meal, if I were to ever commit mass murder.

No Spanish meal is complete without Churros ($12). Four crispy rods lightly dusted with icing sugar were served with a small cupful of drinking chocolate. The churros were hot and crispy, and a slightly fluffier center would’ve made them perfect. The drinking chocolate was thick but light; too mild for dunking but probably perfect for drinking.

So there it is. A ridiculously delicious meal of gourmet morsels for just over $30 a head. The no bookings policy and more casual setting ensure a fast turnover of customers. So if the original MoVida is completely booked out, it won’t hurt to try your luck here. The atmosphere and food may be quite different between all the MoVidas, but there is a unanimous theme of excellent produce and inventive dishes, making for what will probably be one of the most exciting and enjoyable meals you will ever have.
Rating: 16/20 – movida mania 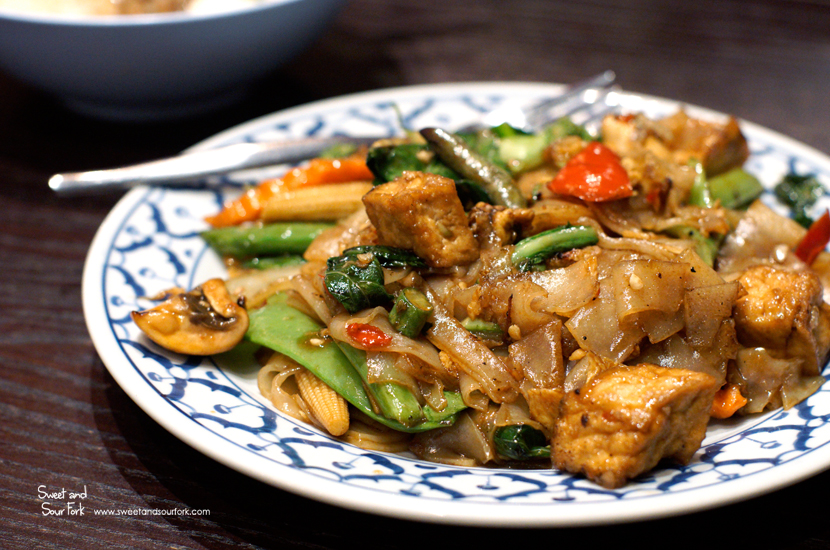 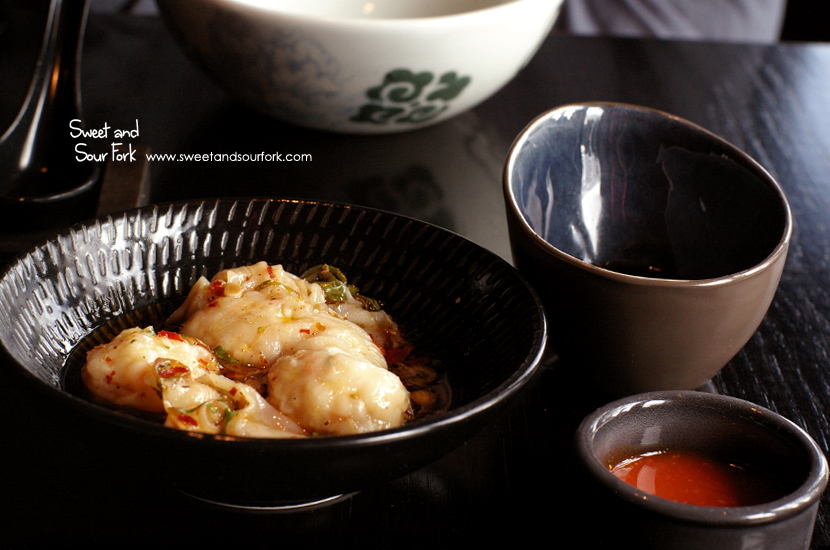 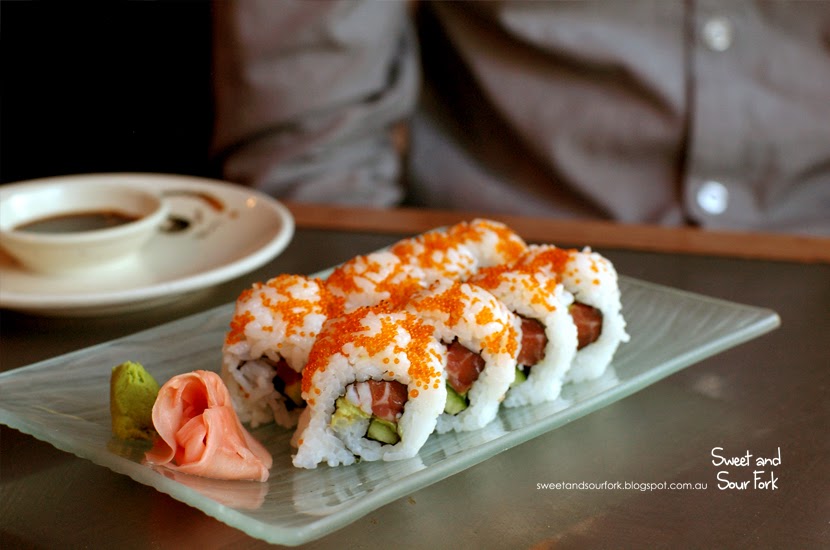