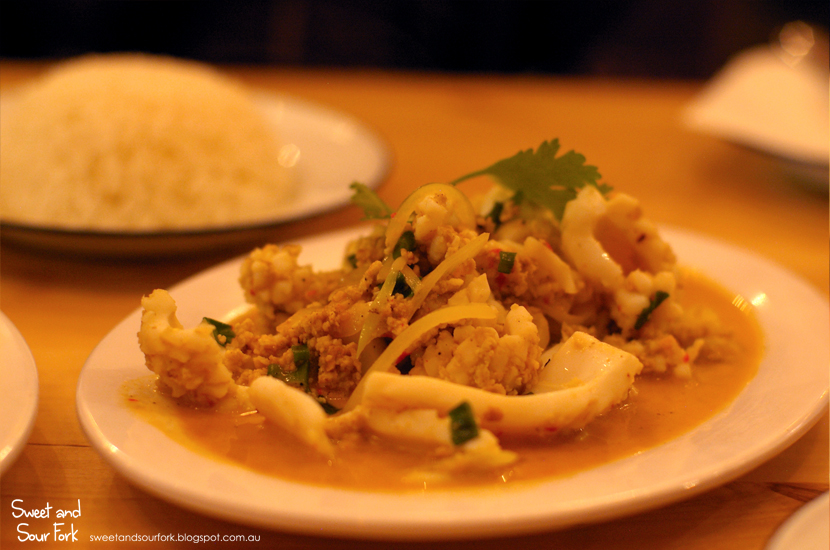 Shop C1, 550 Lonsdale Street (Healeys Lane)
Melbourne, VIC 3000
An authentic Thai meal is hard to come by in Melbourne. Some even claim that it doesn’t exist at all. So when Top, owner of Tidlom Thai Antique Restaurant, sent me an invite to try the food at his restaurant, which he cooks exactly like what he has grown up with in Thailand, I couldn’t say no. After all, it’s not every day you find a restaurant that’s run by a native of the country, who’s ballsy and passionate enough to cook the real food of the nation, without paring it down to suit local tastebuds. An antique restaurant it may be, but the decoration is more whimsical-retro, with a big emphasis on television, rather than the old and mouldy. One wall is adorned with a jigsaw of what I can only assume to be Thai license plates, and the other is covered with retro movie posters. I wonder where Top found those.
We started off with an appetiser of Preserved Pork Soft Bone($10.9), which may as well be bacon in beer-food form. The little nubbins were stir-fried until the edges were caramelised, leaving the meat juicy with just a little bit of chew to it. Each piece was fatty and rich, so it’s a good thing that the slight sourness of the marinade was there to offset that. There was chilli sauce served on the side, but the ribs themselves were so flavoursome they didn’t need anything else.
The first of our mains was Soft Shell Crabs Topped with Dry Curry Sauce ($16.9). The generous segments of soft shell crab remained crispy, even after a thorough dousing with a dry curry sauce that heralded a lively, complex mix of spices and some fluffy omelette pieces. It’s peppery, it’s spicy, it’s a gorgeous mess of flavours and textures. It is also a wee bit on the salty side, but nothing some Rice($2.5) couldn’t fix. Even with his nose running, chilli-phobe Chris insisted on scooping up every last spoonful of sauce. That’s how good it was.
Featuring two of my favourite things, the Calamari in Salted Egg Sauce ($16.9) became a must-order. The ivory curls of calamari were admirably tender, but the sauce is a little lacking in the richness of salted egg. However what flavour there was complemented the calamari very well, really bringing out that fresh brininess you can only find in good quality, well-cooked seafood.
The food at Tidlom Thai is not fine dining. In fact I’d imagine it’s the same sort of thing that’s served at street-side stalls in Thailand. And that would make it as authentic as it comes. Spice is ubiquitous, and there are no spring rolls or curry puffs on the menu; Top actually clutched his head in mock-horror at the thought of serving something so horrendously not-Thai. Portions are a bit small for the price, but it’s very generous with the good stuff – it’s the first time I’ve ever had a calamari dish where I’m not left with a big, sad plate of vegetables at the end. I dare everyone who says you can’t find a good Thai meal in Melbourne to visit Tidlom Thai. You will be surprised.

Rating: 14/20 – en-THAI-cing (i claim no responsibility for that pun).
Sweet and Sour Fork dined as a guest of Tidlom Thai Antique Restaurant. 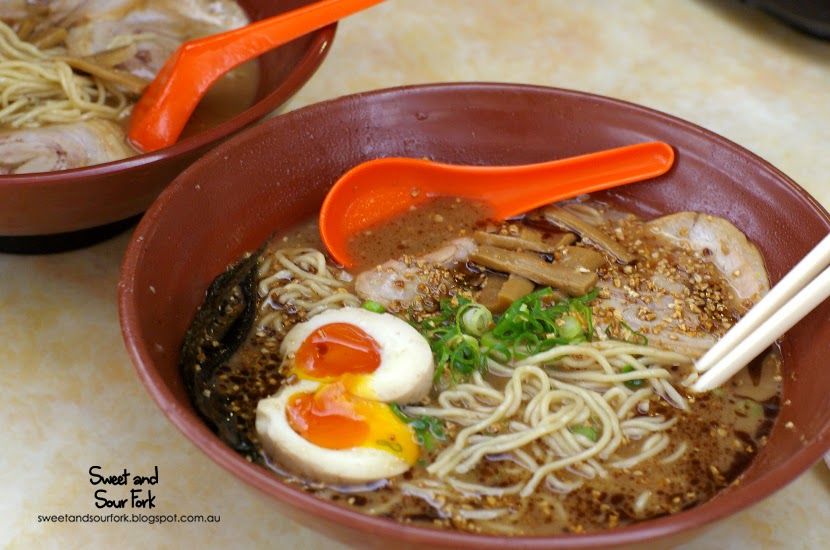 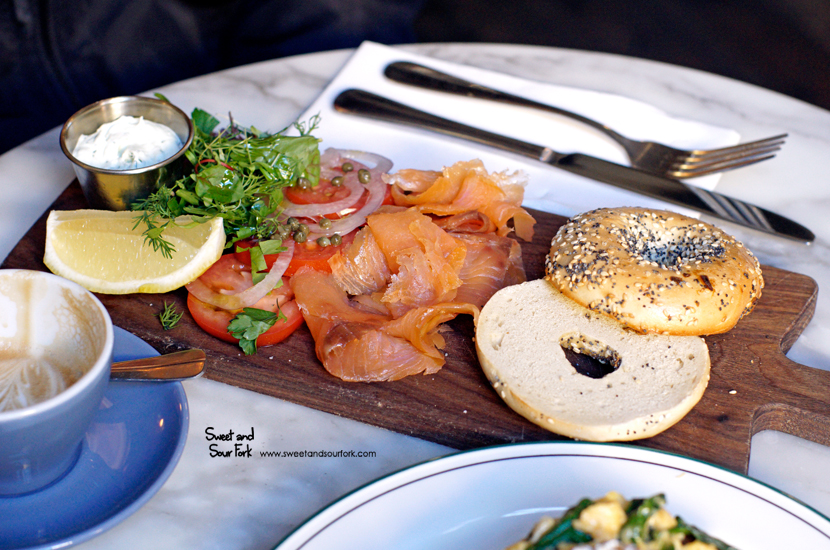 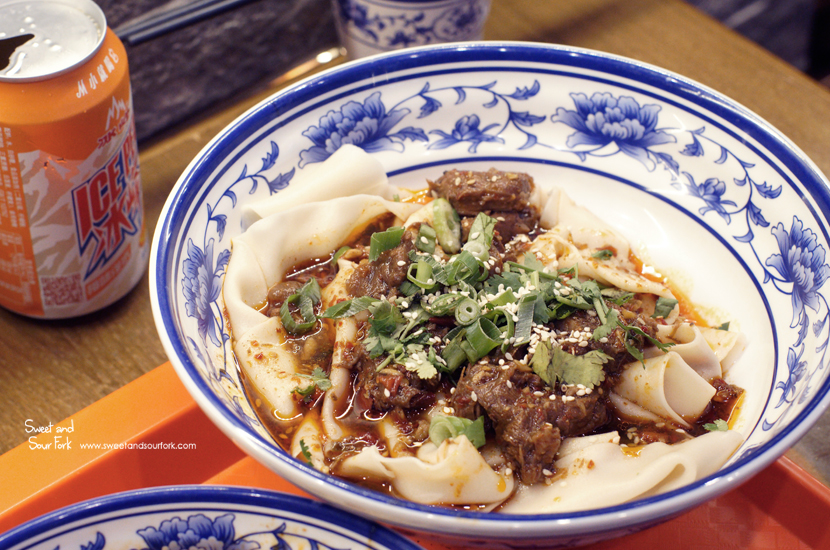