I love fusion cuisine. When done right, it is such a great opportunity for innovation and excitement, and often offers up new flavour combinations that I never could have thought of, yet leaves me wondering why more people haven’t jumped on board already. Unfortunately, fusion is often done… not right, and you end up with some weird and not-very-wonderful things, such as tuna carpaccio topped with parmesan. However, when it comes to Bar Pesta, I’ve heard nothing but good things about its Asian-fusion pasta dishes, so it seemed like a pretty good bet for a low-key date night. 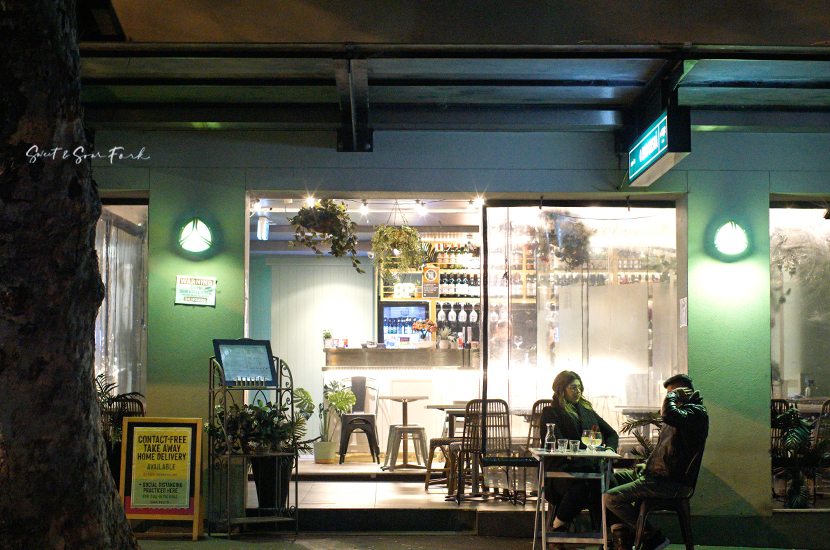 Despite billing itself as ‘nothing you’ve ever tried before’, and ‘possibly the only Asian pasta in Sydney… or Australia… or the Southern Hemisphere’, I’ve actually had Asian-fusion pasta twice before – once in Sydney, and once in Melbourne – so it’s certainly not one-of-a-kind. But to be fair, Bar Pesta does have the most extensive menu out of these three restaurants, and there are definitely some combinations here that I’ve never seen anywhere else. 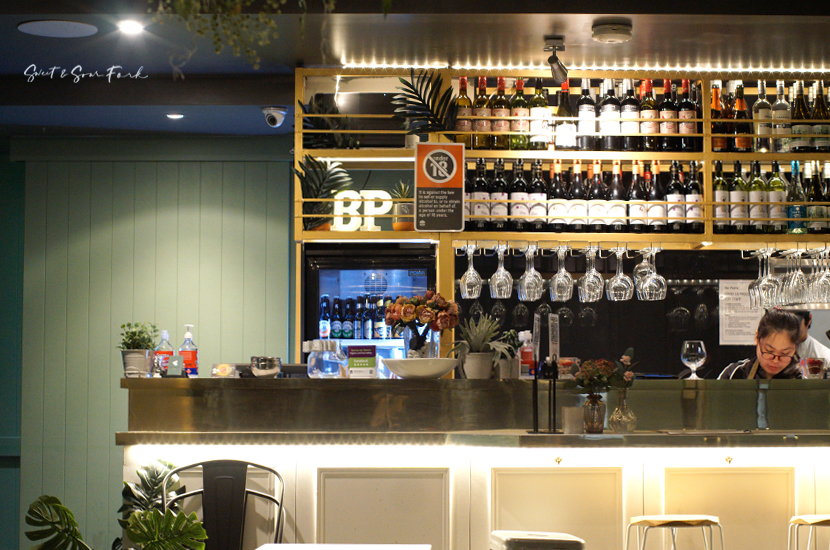 By day, Bar Pesta is a cute little café-styled restaurant with mint-green walls and a generous collection of plants. At night however, it converts to a cosy date spot, complete with an extensive bar. The staff are friendly and eager to please, and had us settled within minutes. 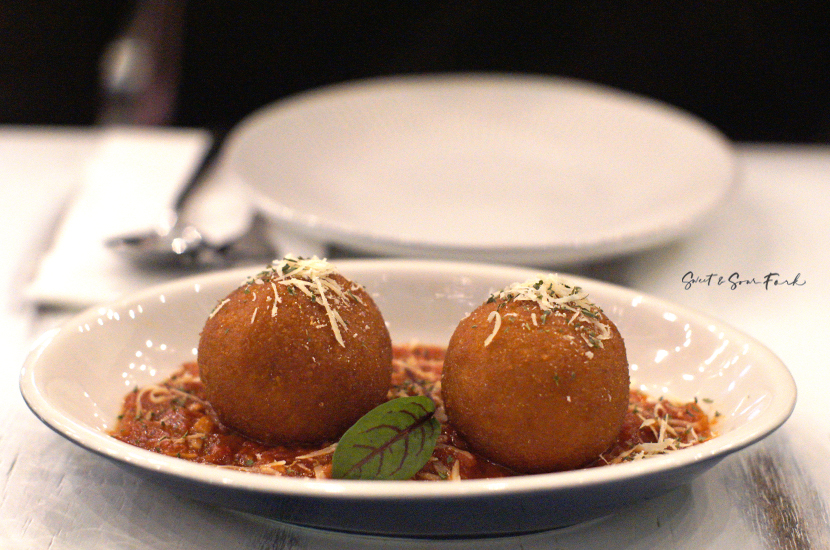 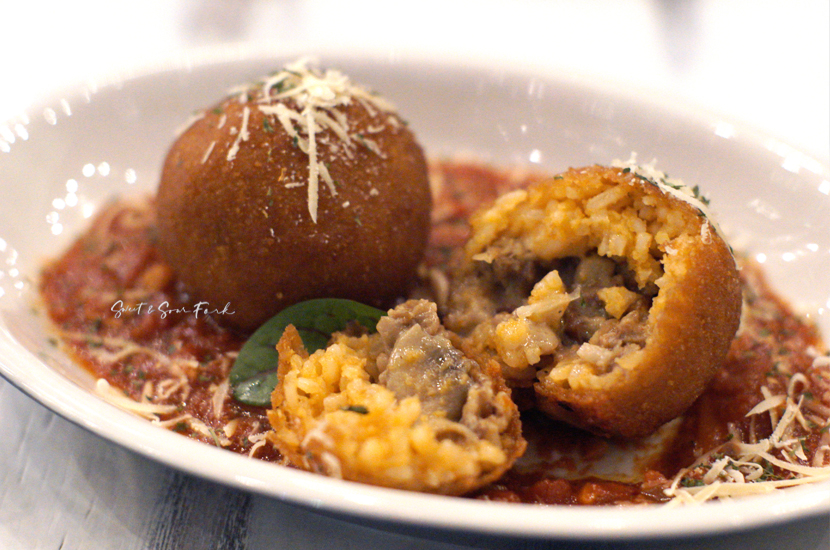 Kicking things off was the Arancini Bacon ($12, 2pc), served on top of a rich arrabiata sauce. These were decent but not ground-breaking. Although it avoided the all-too-common trap of being soggy, the centre wasn’t nearly as decadent and oozy as I would have liked. In addition, the flavour of the bacon just wasn’t prominent enough; if it’s in the name of the dish, then I expect more than just a faint hint of smokiness. I want chunks of pork fat, dammit! 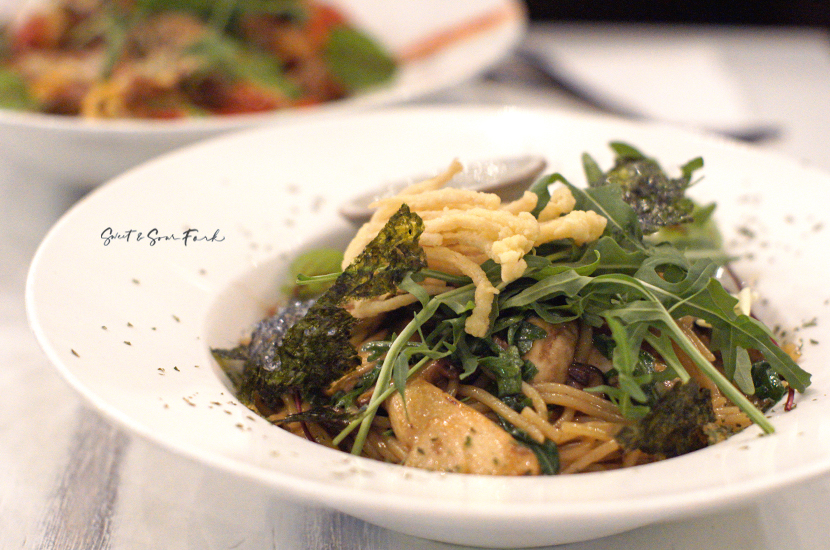 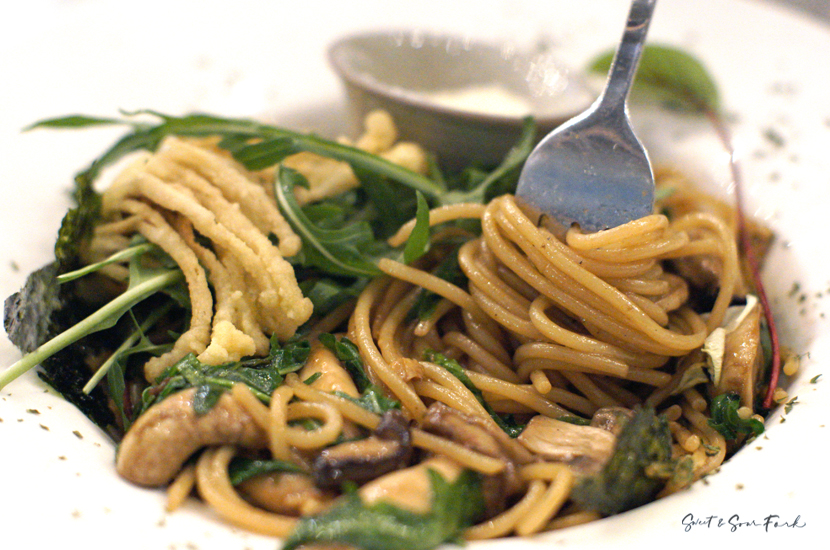 I went with the more traditional Asian Mushroom Wafu ($18) for my main, which I opted to have with spaghetti. This is actually a well-established and very popular take on pasta by Japan, made with an umami-laden sauce of butter and dashi, plus plenty of mushrooms. And you know what? It’s done pretty well here. The pasta is al dente, the mushrooms plump, and the sauce rich without being cloying. I was extra appreciative of the addition of rocket, which whilst unorthodox, was great for cutting through the heaviness of the dish. 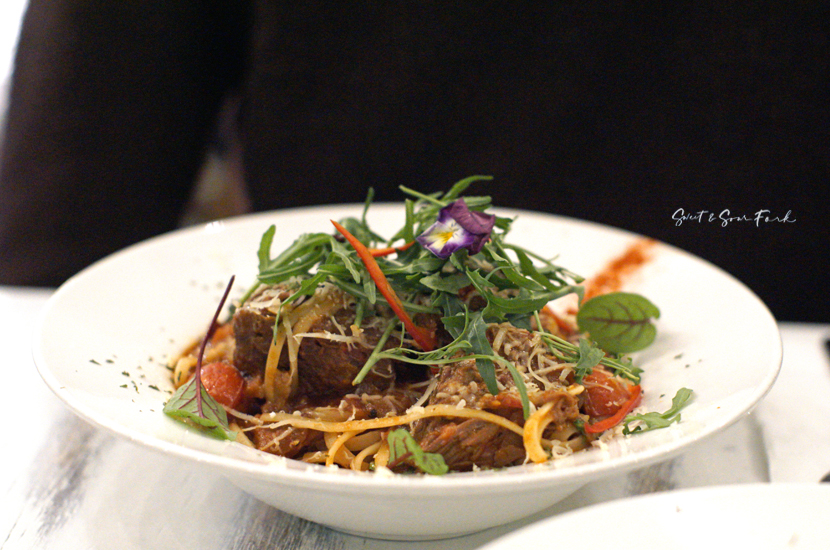 Much more unusual was the Spicy Slow Cooked Beef ($20), which promised an intoxicating combination of tamarind and lemongrass in addition to the beef and tomatoes. Unfortunately, this wasn’t quite as exotic as I had hoped, tasting more like a standard tomato-based linguini, albeit slightly sweeter and a lot more spicy. The addition of the rocket was also much less welcome here, feeling more like a distractor than a cohesive element. 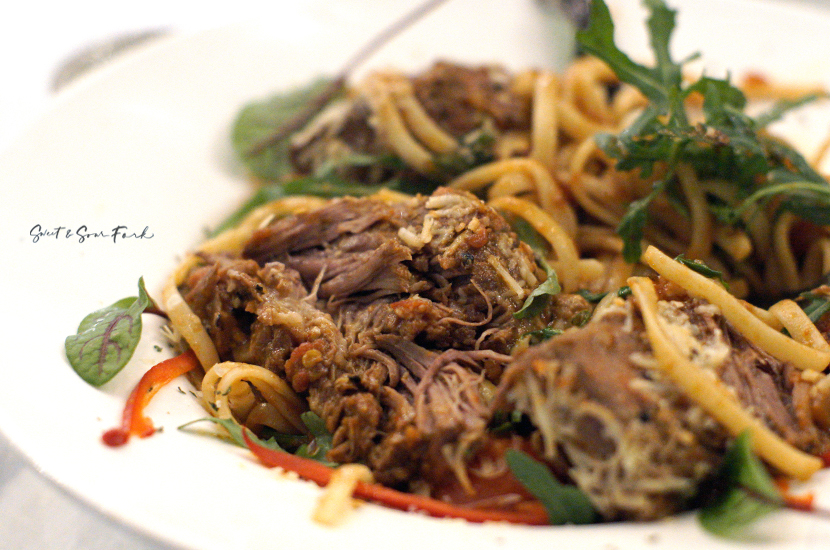 The beef brisket itself however was a definite highlight. Served in three generous chunks on top of the noodles (with more stirred through), they were fork-tender and absolutely succulent, and alone made the dish worth ordering.

With little room left for dessert, we decided to opt out of the obligatory banana fritter and call it a night. Although there were no real negatives to the meal, I wasn’t quite as impressed with Bar Pesta as I had hoped to be. The flavours offered up just weren’t as punchy as what I had previously experienced with fusion pasta, and it felt a bit like a half-hearted effort as a result. But with that said, it was an enjoyable meal, especially given the affordable prices (in Surry Hills no less). It’s also a great place to bring a crowd (COVID aside). Whilst the fusion pastas keep the more adventurous eaters busy, they also have a range of classic pastas, as well as some south-east Asian staples. They do it all here, and I’m led to believe that it’s all pretty good. 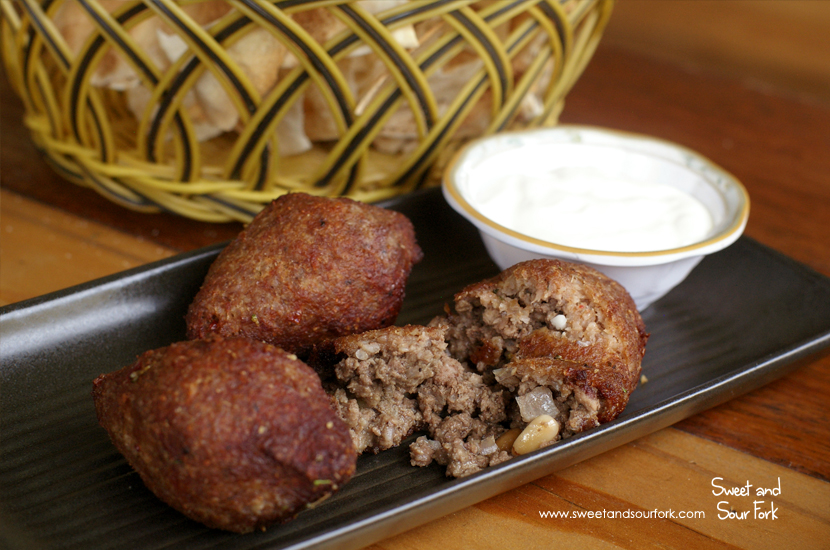 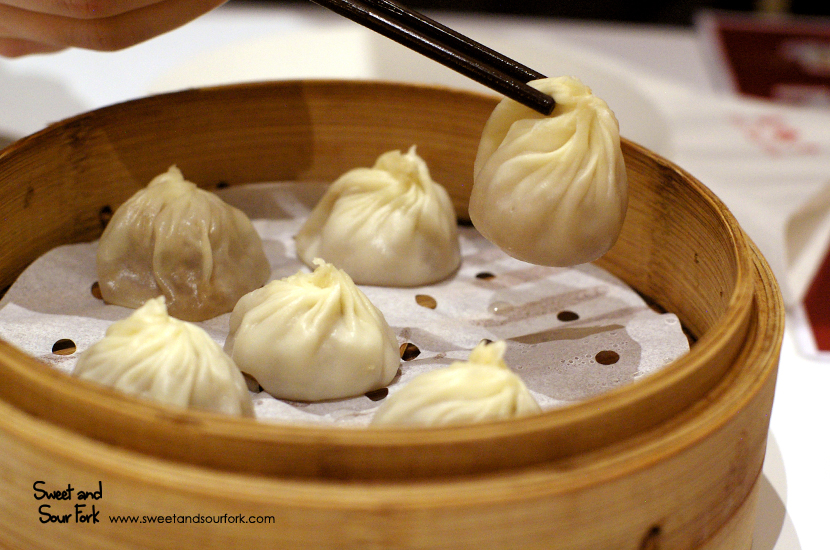