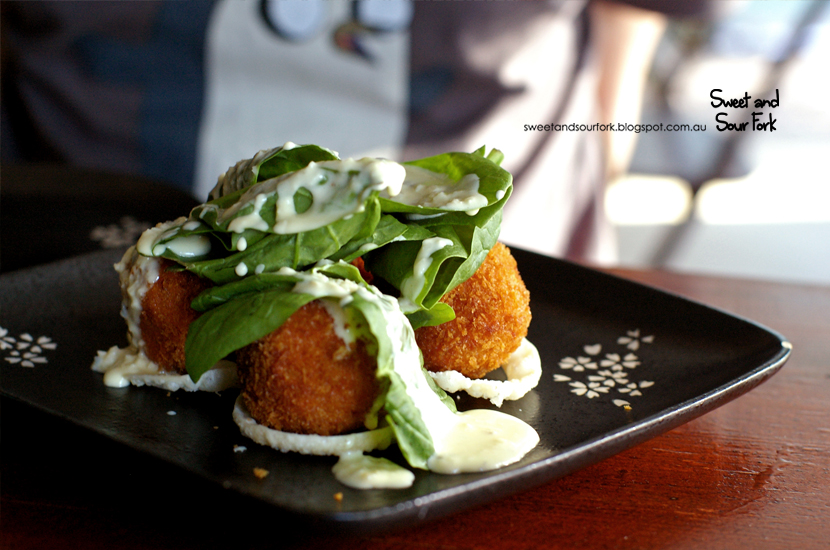 Table by S and I are star-crossed lovers. Though I’ve fallen for it from the moment Sam told me about it back in April, each and every time I have wanted to visit so far has fallen on a Monday. Guess which day of the week Table by S takes a break? The chemistry however, is undeniable, and I finally found myself with a hankerin’ for some Korean-Italian fusion tapas on a Friday. Table by S sits just a little bit further up from the strip of Korean restaurants opposite Victoria market, and came as something of a surprise. Instead of being a warm, dark den characteristic of the Korean restaurants in the locale, Table by S was bright and intimate, manned by a bubbly crew. And how adorable are the Christmas decorations?
Our meal started traditionally enough with a trio of Banchan. The obligatory kimchi was less tangy, but with a stronger taste of red chilli. The cubes of marinated potato were unremarkable, but the pickled onions were crisp, sharp, and lovely.
Then the surprises started coming. The first was the Kimchi Aranchini($15.9, 4pcs). Lightly fried and coated in creamy dollops of blue cheese sauce, they were bona fide Italian until the first bite. Instead of ragu, the exterior crumbled into mouthfuls of tangy kimchi fried rice! The combination of creamy cheese and pickled vegetables was downright addictive. The rice cake aspect of the Premium Rice Cake Gratin ($12.9) was hardly groundbreaking, but when they’re baked in a spicy sauce with a crust of melted cheese and bacon bits, the whole dish took on a wonderfully indulgent and European twist.
Though listed as a tapa, the Simmered Premium Pork Belly ($15.9) was big enough as a main for one, at least. This dish was a lot more traditional, and was essentially a kimchi pork belly stew, served deconstructed.
Two large, decadent steaks of tender pork belly swam in a light, gingery broth. I found that the soup needed the kimchi to perk it up, but once I slid the vegetables into the pot, every bite was comforting goodness.
Table by S is unlike any Korean restaurant I’ve ever been to; indeed, its unique style of Korean fusion is in a category all of its own. Add that to the lovely atmosphere and attentive service, and you have a restaurant that’s bound to impress.
Rating: 14/20 – who is S?
This rating reflects my personal experience at the time of visit. 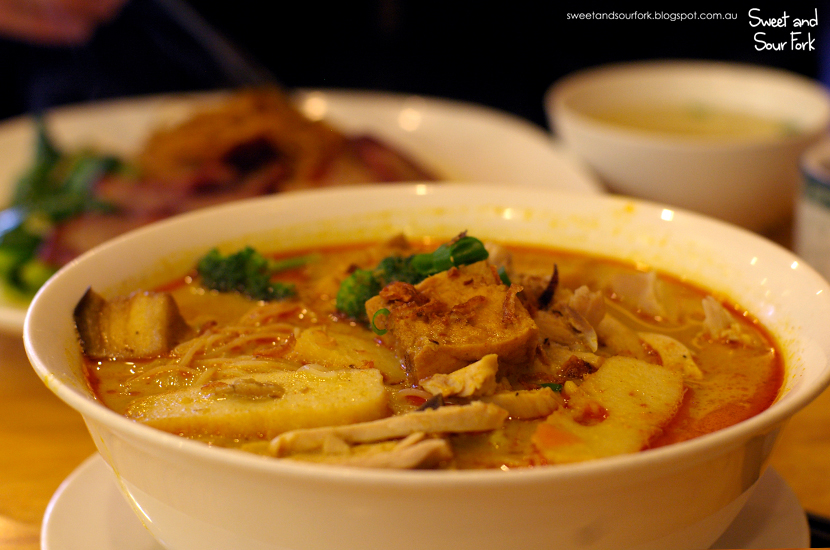 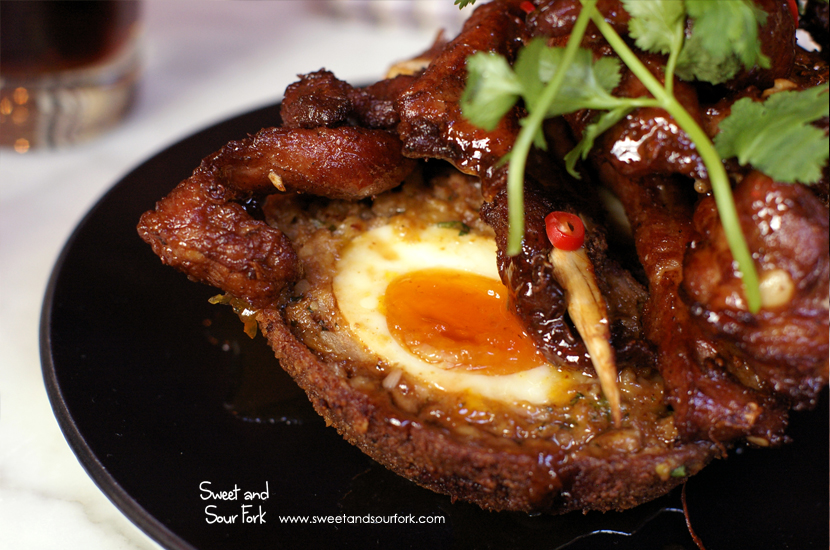